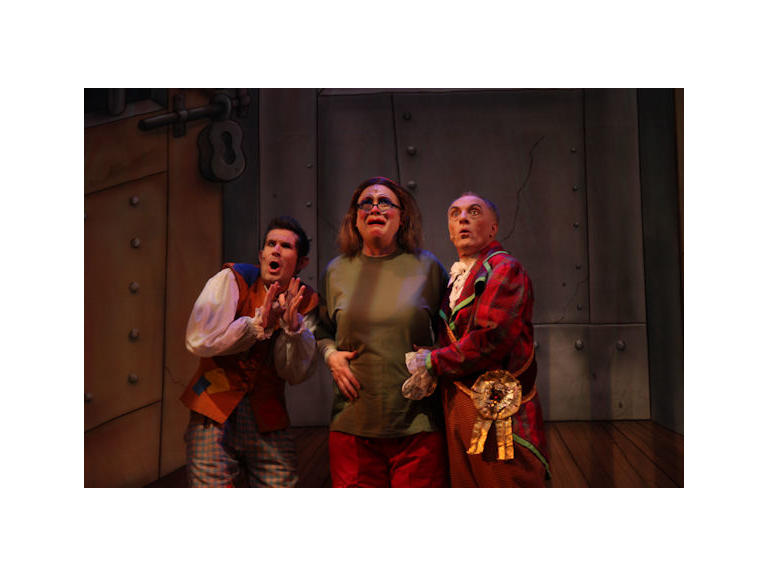 Theatre Severn have announced that popular Dame Brad Fitt will return to the theatre in Shrewsbury later this year to direct and star in Sleeping Beauty, his third successive pantomime season at the venue.

The production will open on Thursday 5 December and runs until Sunday 12 January. Following a decade performing and directing pantomime in Cambridge, Brad first appeared at Theatre Severn as Widow Twankey in Aladdin in 2011 and returned last year to play Dame Trott in Jack and the Beanstalk.

On both occasions, the production has set new attendance records for pantomime in Shrewsbury, with almost 35,000 people flocking to see Jack and the Beanstalk.

Theatre Manager Peter Nicholson says the venue are delighted to confirm Brad’s return, “He is without doubt one of the finest and funniest Dames in the business.

Brad is also an experienced and knowledgeable Director and will ensure that we have another fantastic pantomime for the whole family’.

For much of the year, Brad is based at Leicester’s Curve Theatre where he works as a producer, but taking time out from his schedule to look ahead to Sleeping Beauty said “I'm thrilled to be returning as Director and Dame of the Theatre Severn pantomime after two wonderful seasons in Shrewsbury.

Theatre Severn is beginning to feel like my second home and the audience an extended family. I've just spent the weekend with Paul and Emily who produce the show and I can tell you now that Shrewsbury is in for a real treat.”

Comic Adam Moss, who played Billy Trott in Jack and the Beanstalk last year, will also return in Sleeping Beauty and Brad gave audiences a glimpse of what they can expect later this year.

“We have a real surprise in store. I don't want to give the game away just yet but it involves us both in a comedy bathroom and, I kid you not, two tons of water.”

Tickets are available from the Box Office at Theatre Severn on 01743 281281, the Old Market Hall in The Square, or online at www.theatresevern.co.uk