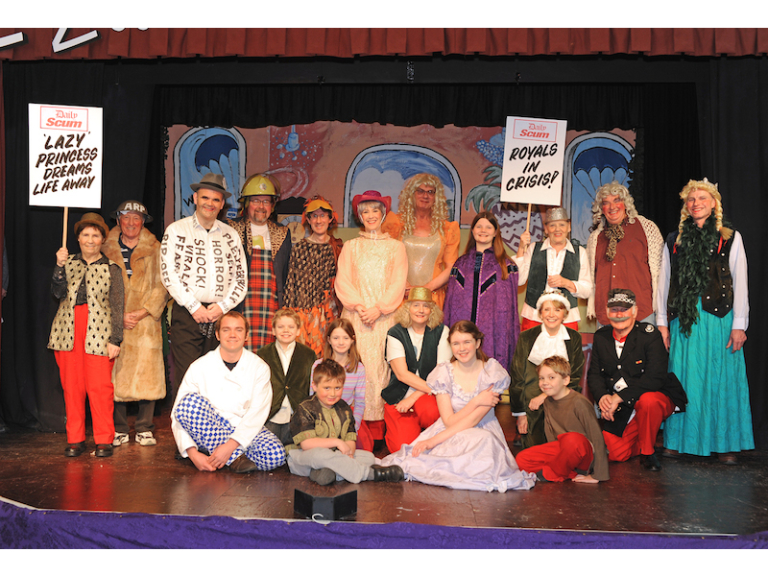 The people of Pontesbury are preparing for their annual pantomime.

The local amateur dramatic group, the Pontesbury Players, will stage the show in the village hall from January 28 until January 31.

This year the production is entitled ‘Wakey Wakey Sleeping Beauty’ and has been written and directed by Malcolm Whittall, who also performs in the show.

Tickets are on sale from Hignetts shop in Pontesbury and programmes have been sponsored by Wace Morgan Solicitors, which has three offices in Shrewsbury.

Diana Packwood, managing partner of Wace Morgan, who takes the part of a king in the pantomime, said that the firm was pleased to be able to provide support.

“It should be a really fun local pantomime which we are all looking forward to performing and we are hoping that as many Shropshire people come along to enjoy it.

“Wace Morgan’s sponsorship is part of the firm’s continued backing for community arts events in the county,” she said.

The show, which features a live band, is themed around the story of a royal princess who has been sleeping for 100 years and is the subject of an exclusive investigation by a newspaper.

A raffle will be held at all performances in support of Shropshire Wildlife Trust’s appeal to raise £265,000 to buy Pontesford Hill.

The Pontesbury Players are a small and enthusiastic amateur dramatics company which each year puts on two or mores shows, as well as the annual pantomime, in the refurbished village hall in Shrewsbury Road.

Performances of ‘Wakey Wakey Sleeping Beauty’ start at 7.30pm, with a matinee at 2.30pm on Saturday, January 31 and a bar will be available.