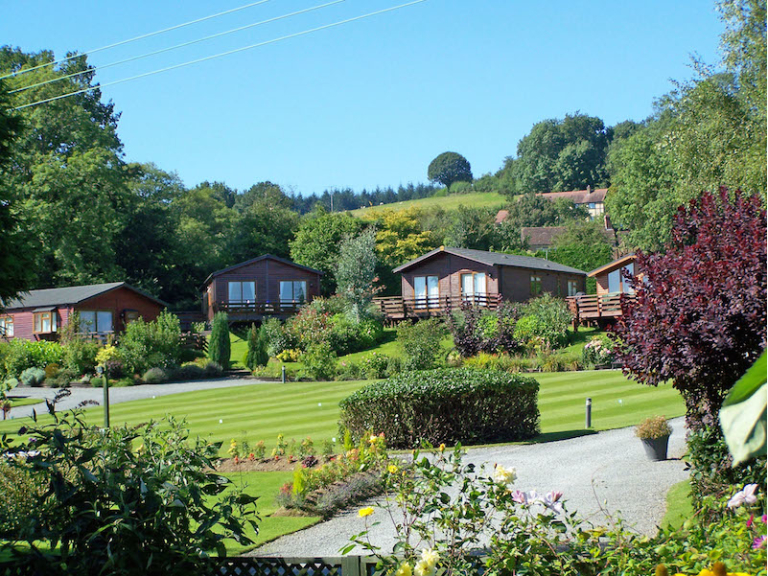 Caravan and luxury lodge owners seeking to escape from their busy, urban working life are choosing a beautiful, five star holiday home park in the heart of the Shropshire countryside as their haven.

Orleton Holiday Home Park at Orleton, set in 10 acres of mature, landscapes grounds between Ludlow and Leominster, specialises in providing a quiet and relaxing atmosphere for caravan and lodge owners, the majority of whom live in the Midlands.

The park began life back in 1969 and was taken over by current owners, Gary and Debby Williams in 2001, since when it has grown and been improved by the devoted management team.

The park, which has 72 caravan holiday homes, 16 lodges and 12 touring caravan and motorhome pitches, has been managed for the past eight years by husband and wife team Alan and Karen Matthews who live onsite.

The lodges surround a manicured putting green area and well-stocked fish pond and Alan says visitors always comment about the privacy and generous space between the holiday homes.

Two recent additions to the lodge area have been a Willerby New Hampshire and a Willerby Ridgewood, top of range, luxury models purchased from award-winning dealership Salop Leisure in Shrewsbury.

“We have dealt with Salop Leisure for many years and have a very good relationship with the company,” said Alan, who previously worked at the Williams family’s five star Lucksall Caravan and Camping Park at Mordiford, near Hereford. “Both the park and Salop Leisure have grown together over the years.”

The park currently has five brand new and two previously owned caravan holiday homes for sale and has planning permission to add another 12 homes to the touring area as and when they are required.

“People come to Orleton Holiday Home Park for the peace and quiet,” he explained. “There is no road noise, there are walks from the park along quiet country lanes and there are a couple of pubs, a post office and village shop within walking distance.

“The park is immaculately maintained and the aesthetics are the owners’ first priority, which makes us stand out from the crowd. We are very proud of the park and feel lucky to be able to live and work here.”

A bonus for owners on the park, who are interested in angling, is exclusive use of a two acre fishing lake stocked with carp, rudd and many other species, just a short drive away.

Salop Leisure’s chairman Tony Bywater revealed that the company had a long association with the Orleton Holiday Home Park. “I helped to mark out the original caravan park and we have been delighted to work with successive owners over many years,” he said. “It’s one of the most picturesque parks in the UK.”