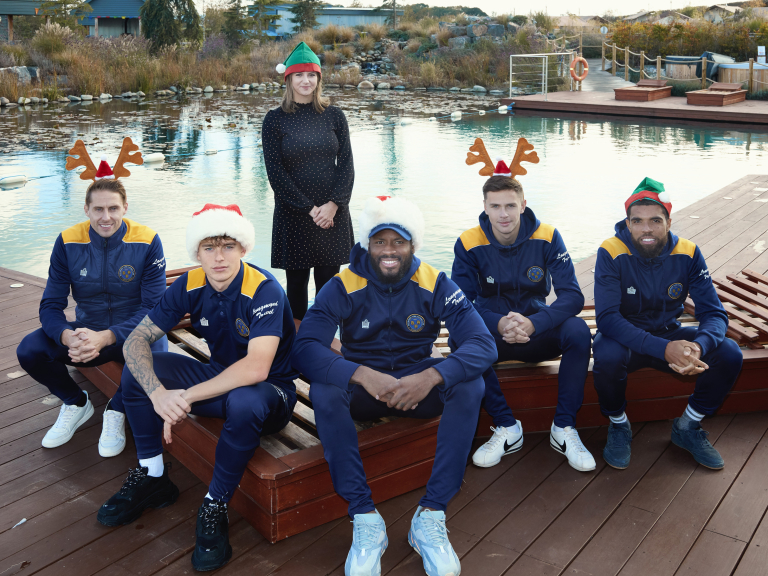 Entries are pouring in from adults and children for an event in Shrewsbury on Sunday morning when they will dress up as Santas and elves to take part in a charity run.

Organised by caravan and motorhome dealership Salop Leisure and the Love2Stay resort, the Salop Santa Dash and Elf Dash, which start at 9am, will raise money to support the work of Shrewsbury Town in the Community.

The charity is independent of the football club, self-funded and needs to raise £1 million a year to deliver 39 different programmes for people of all ages in the community.

The Salop Santa Dash takes Santas along a five-kilometre course around the beautiful grounds at Salop Leisure and the company’s Love2Live fitness and wellness centre and Love2Stay, where the event starts and finishes.

A festive medal awaits everyone who finishes and the entry fee of £12 for adults includes a Santa suit. Salop Leisure is hoping that families, businesses and groups of friends will get into the festive spirit by forming teams to take part.

The Salop Elf Dash, a new addition this year, is designed for children under the age of eight who will have a 1.1-kilometre course to follow. The entry fee of £6 includes an elf suit and children will receive a festive medal.

Those wishing to take part may book their places online at www.salopchristmas.co.uk .

Ed Glover, Salop Leisure’s marketing manager, revealed on Tuesday that entries were on target to hit 300 by the weekend. “It’s a great event for families to get active and have fun together whilst helping to raise money for a deserving local charity that does so much good work in the community,” he said.

“The event also helps to promote all the exciting Christmas activities at Love2Stay and Salop Leisure. What better way for families and groups of friends and workmates to get in the festive spirit?”

Held for the first time in 2017, the popular Salop Santa Dash has raised thousands of pounds for charity.

The Salop Santa and Elf Dash are part of The Salop Christmas Adventure, a series of events and attractions that promises to be better than ever this year  For full details of the programme, visit www.salopchristmas.co.uk .

Don't forget the high street during lockdown, businesses urge
Sign up for offers
Sign up for what's on guide
Become an author
Popular Categories