A prize fund of £5,000 is up for grabs as part of an innovative campaign designed to encourage the residents of Shrewsbury to be more active at the start of 2017.

The Shrewsbury Club, on Sundorne Road, has launched #myShrewsburyMoves, a campaign introduced to persuade people around the town and surrounding area to think more about the benefits of exercise, health and fitness. 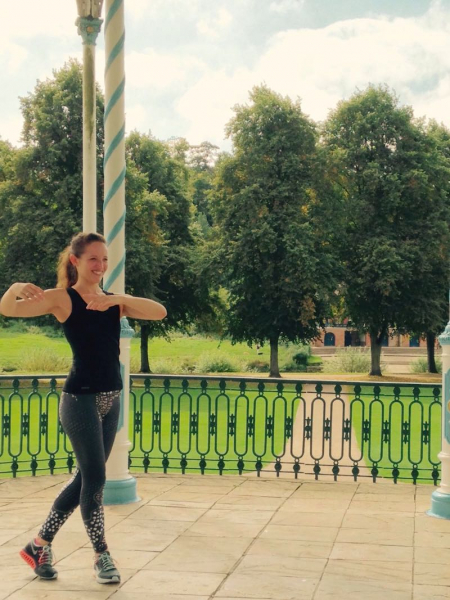 Cash prizes will be available to serve as extra motivation, with the categories including the most active local family, most active workplace and also the most active primary and secondary schools in the area.

The campaign will be based on participiants using MyZone's wearable technology, which monitors activity levels based on an individual's heart rate against criteria including age, weight and gender.

Alvin Ward, the general manager at The Shrewsbury Club, hopes lots of local people will sign up for the fun campaign which will run from January 14 to March 13.

He said: "It is being spearheaded by The Shrewsbury Club but it's open to all clubs, gyms and exercise venues in the area. The purpose is to get the residents of Shrewsbury and the surrounding area more active at the start of a new year.

"By using wearable technology, it means participants can carry out their activity anywhere and that they do not need to pay extra to use any facilities or to join a health club.

"Simply by owning a MyZone belt and exercising, anyone will be able to win cash and take part in a Shrewsbury and Shropshire initiative to hopefully help transform the region into one of the fittest in the country."

People keen to sign up for #myShrewsburyMoves can purchase MyZone devices at a short-term discount through The Shrewsbury Club. The belts normally cost £150 but will be reduced for this campaign to a special cost of £59.

Participants, who will also receive a welcome pack, can choose to keep the MyZone belt at no additional cost or they can return it at the end of the campaign and receive a £49 refund, which means the cost of taking part in #myShrewsburyMoves would be just £10.

Mr Ward added: "By buying a belt through this channel, people will be automatically registered for the campaign, but if you want the MyZone Effort Points (MEPs) to count for your business or school as part of the competition they will need to sign up online to that team.

"Every exercise session people do between January 14 and March 13, no matter where they choose to do it, will earn points that, in turn, will qualify for a chance to win cash prizes to be awarded at a closing ceremony in March."

As for the prizes, £1,000 will go to the most active local workplace, the company which encourages, in the opinion of the judges, its employees to be most active.

There is £1,000 up for grabs for the winner of I Moved to Shrewsbury, which means each time a participant earns 1,300 MEPs, they will be rewarded with an entry to an end of event draw when a winner will be selected at random.

Schools are encouraged to get involved and £1,000 each will be presented to both the local primary and secondary school which gets the vote of the judges as doing most to engage its pupils, teachers and parents in the campaign.

The prize fund also includes £500 apiece for the most active local family and also the most inspiring Salopian, whose story is deemed by the judges to be the most inspirational.

To sign up for the campaign, visit http://www.myshrewsburymoves.co.uk/ while more details are available by contacting The Shrewsbury Club on (01743) 467755.