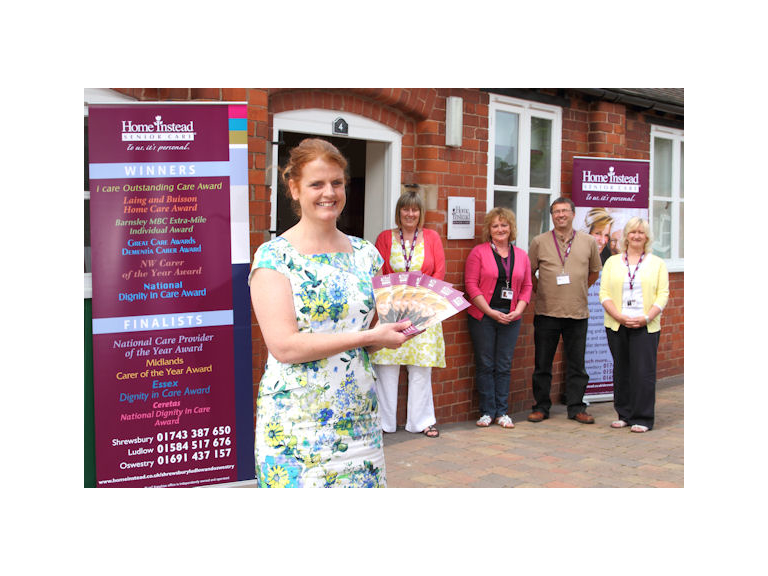 A former Shropshire racehorse breeder has undergone a dramatic career change and taken the reigns of a new business that provides care services to support older people living independently in their own homes.

Rachael Birchall was inspired to ditch her equestrian career after the experience of caring for her maternal grandmother for the last two years of her life.

She found the role so rewarding that she decided to set up a home care company that could offer an entirely flexible and bespoke personal service.

Established under the franchise of Home Instead Senior Care, it covers Shrewsbury, Ludlow and Oswestry and the surrounding rural areas.

So far the company, based at Leaton Knolls, near Shrewsbury, has recruited over 20 caregivers and plans to recruit up to 150 over the next two years.

"We differ from many other home care providers because we offer a fully flexible service which allows clients to get the help they want, exactly when they want it, no matter what time of the day," said Rachael.

"That help might range from personal non-medical care, chores around the home and doing the shopping, right through to looking after pets, cooking meals and accompanying clients on visits to friends, club meetings, sporting events or outings.

"Companionship is very important. We match one caregiver per client, so our carers always have the time for a proper chat and don't have to dash off to the next appointment."

After being widowed, Rachael's 93-year-old grandmother moved into a flat next door to Rachael's home on the family stud farm, Helshaw Grange, at Tern Hill, near Market Drayton.

With Rachael's support she was able to continue living independently and enjoy a good quality of life.

"Research shows that maintaining mental stimulation, social interaction and independent living in their own home not only enhances people's quality of life, it also prolongs their life," added 41-year-old Rachael, who now lives at Uffington, near Shrewsbury.

She worked as a racehorse breeder based at Helshaw Grange for 20 years and was also a successful event rider at national Riding Club level.

Rachael's father, Alan Birchall, owned Saxon Farm, a champion that came to national prominence in 1983 when he won the Daily Express Triumph Hurdle at Cheltenham.

The family also had success with Accumulator, a top event horse that represented Great Britain and was short-listed for the Olympics until he was injured.

The stud now leases its training facilities to the racehorse trainer Nicky Vaughan.

Home Instead Senior Care was launched in 1994 by American couple Paul and Lori Hogan after they failed to find a suitable care provider for an elderly relative. The award-winning franchisor now has 1,000 branches throughout the world. It has 130 offices in the UK, including one based in Telford.