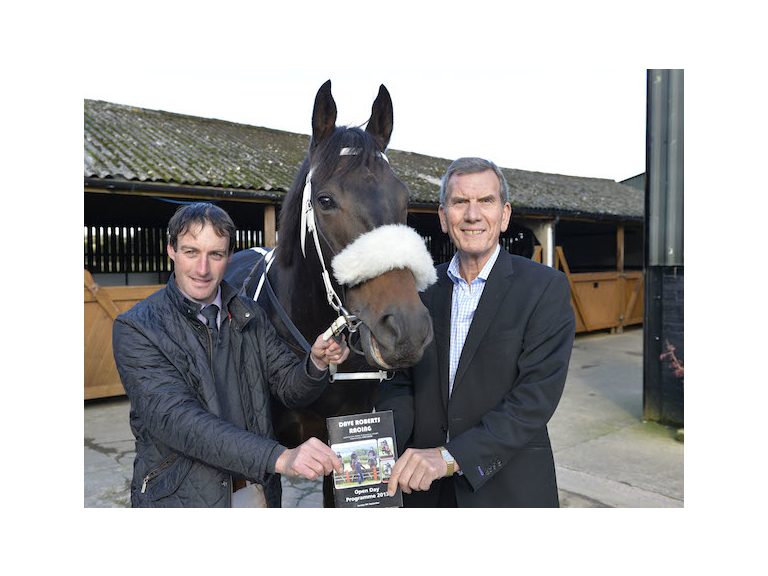 For an annual fee of £500, members receive information on three or more nominated club horses and are able to make a minimum of six visits a year to see the horses at the stables or on the gallops and attend at least six race meetings a year.

“The way that the otherwise expensive sport of kings can be made available so cheaply is that the club does not actually own the horses,” said Mr Roberts, who received his full licence to train race horses in February. “They remain the property of the owners who pick up the normal bills and, hopefully, the prizemoney.

“The club could be seen as a first step towards being a racehorse owner. That isn’t why it was launched, but it would be nice if some club members became owners in the future. The club allows people to see if they like the sport before becoming more involved.

“We are committed to doing our utmost to provide excellent training facilities for our horses, positive experiences for our owners and, hopefully, lots of success, which will reflect well not just on our yard but on our lovely county.”

Tony Bywater, Salop Leisure’s chairman, said the company was delighted to support the Roberts family by becoming the first club member and plans to use membership for corporate entertainment.

“We have been associated with the Roberts and Bosworth family, which owns the successful Mill Farm Caravan Park at Hughley, for many years and believe DBR Racing Club offers great value for money,” he added.

“The club gives the company an opportunity to get involved with the excitement of horse racing without having the expense of actually owning a horse. We wish Dave every success with this new venture.”