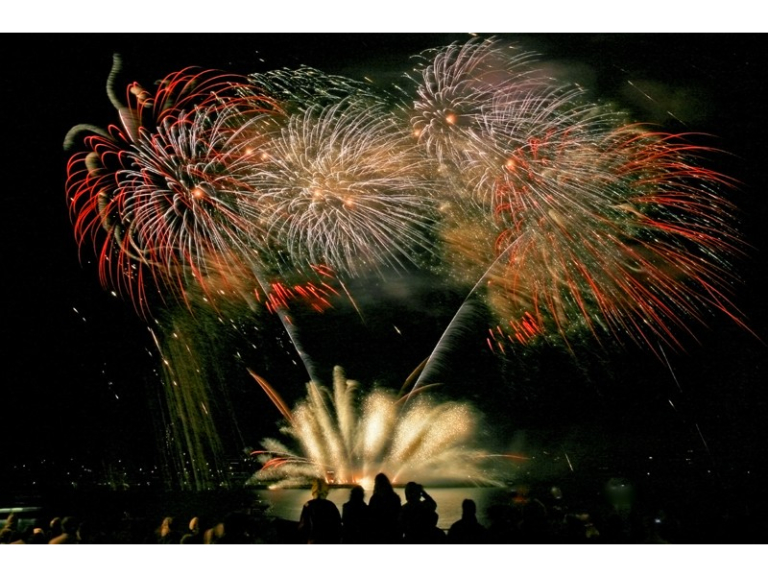 Visitors to Shrewsbury Flower Show can be assured of a real whizz-bang finale this year with the news of a new company coming on board to put on the traditional fireworks display.

The display has closed the Show for more than 100 years with thousands of people watching the spectacular on both nights. This year’s show will again take place in The Quarry on Friday 9th and Saturday 10th August.

Organisers have signed MLE Pyrotechnics from Daventry to stage this year’s fireworks - a very well-known and highly respected company within the industry who stage displays all over the world and it promises to be as spectacular as ever.

Andrew Rhodes, Chair of the Arena Sub-Committee, said: “We are delighted that MLE Pyrotechnics have agreed to look after this year’s fireworks display - it’s a large part of the Show and something which is eagerly anticipated by the many thousands of visitors we get each year.

“It’s a special way of ending each day and adds to the complete visitor experience we endeavour to provide every year. The fireworks display set to music is now the traditional finale, one that has been going for many years and it’s difficult to imagine Shrewsbury Flower Show without the fireworks.”

Mr Rhodes added: “MLE Pyrotechnics also provide firework displays set to music, so that will really be something to look forward to, especially as this year the displays will also include laser lights, as well as some lower noise fireworks. It promises to be quite an experience. The main display will start on both nights at about 9.45pm and end at 10pm.

“Preparations for the Show are progressing nicely and once again we have put together an event which should have something to interest everybody - whatever their age, including lectures from celebrity gardener David Domoney, known for his role in ITV’s Love Your Garden and cookery demonstrations from Masterchef presenter and celebrity chef John Torode.

“I would like to remind people that our programme of entertainment for the young is an extensive and exciting.”

All activities in the Children’s Area are free and children's admission for those aged 15 and under, when accompanied by an adult, is free. The fun includes an inflatable obstacle course, soap carving sessions, Bookfest book exchange and entertainment from Mr Boom.

Chucks n Ducks will be bringing along some feathered friends, there will be storytelling shows, planting for children, a circus skills area and sensory circus, soft play, arts and crafts and a bouncy castle.