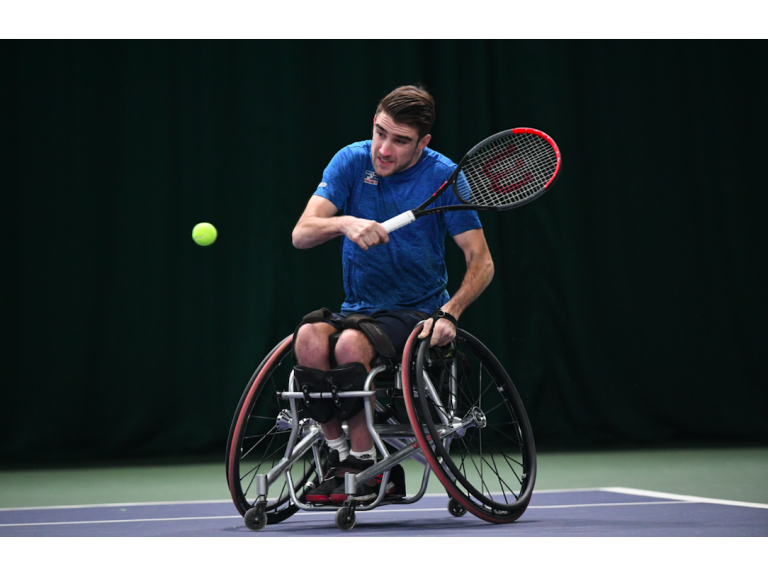 The LTA’s National Wheelchair Tennis Championships, held for a third successive year at The Shrewsbury Club, has been hailed a success.

More than 50 players from across the country travelled to Shropshire to take part in the prestigious tournament, which also incorporates the National Series Finals.

Liz Terry, the LTA’s disability competitions manager, said: “The tournament went really well. We loved being at The Shrewsbury Club once again and it was a great weekend. The players all said how friendly everyone was.

"There were lots of matches played, so it was very busy, with some very competitive matches as many of the finals went to tie breaks.”

Dave Courteen, the managing director of The Shrewsbury Club, added: “It’s a brilliant event and we are always delighted to host it. Wheelchair tennis is a very important part of our programme and it’s an honour that the National Championships sees players from all over the country heading to Shrewsbury for the final tournament at the end of the year."

Joshua Johns was the winner of the junior national singles title while he also partnered Martha Harris to victory in the junior doubles.

The National Series singles winner - tournaments have been held across the country throughout the year, including at The Shrewsbury Club in June - was Asif Abbasi, who also teamed up with Manojkanth Somasundaram to lift the doubles title.

Macdonald and Fay Dutfield-Horton were the women’s doubles winners, with the men’s doubles prize going to Richard Green and Chris Overend.

There was also some success for the Shropshire Wheelchair Tennis Group, based at The Shrewsbury Club, as Craig Nicholson won the National Series singles consolation event, and was runner-up alongside Pim Palmen in the doubles.

Another member of the county group, Geoffrey Perkins, partnered Zak Corbishley to victory in the novice doubles, while Shropshire players Val Fisher and Deena Webster were runners-up in the women's doubles.

Tennis Shropshire chair Simon Jones, who was among the spectators, said: “The standard of tennis was fantastic, extremely high, and the Shropshire players taking part did really well.

“It’s an event that Tennis Shropshire are always very proud to see held in our county."