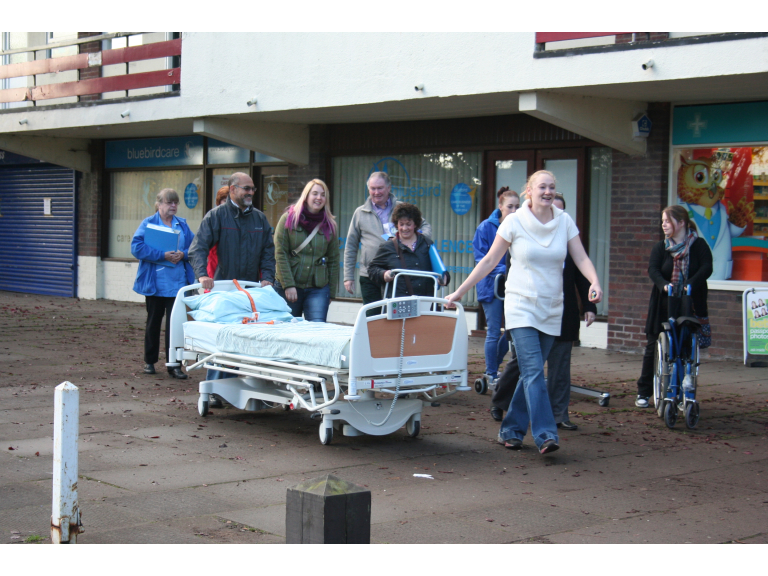 An award-winning Shropshire care company has been so busy expanding its care team, it has outgrown its training facilities and found an unusual way of moving.

Bluebird Care, based in Bayston Hill, Shrewsbury, provides at-home care enabling people to stay living as independently as possible and made a pledge a year ago to double its workforce. It has achieved the goal reaching 100 care staff on the books.

But in order to offer new care staff thorough induction training, sessions have been moved from the company’s Centre of Excellence, which it has outgrown, to the nearby Bayston Hill Memorial Hall, which offers plenty more space.

Earlier this year, the company was crowned The Care Business of the Year with over 50 staff in the prestigious Shropshire Partners in Care Awards and supervisor Kirsty Old, who has since been promoted, was also named Domiciliary Carer of the Year, with three other carers making the finals.

The business was recently named Franchise of the Year Midlands West in the national Bluebird Care awards and reached the finals in the UK Great British Care Awards last month in five categories - The Care Newcomer Award with carers Lisa Morris, Dementia Carer Award with Diane Davies, Dignity in Care Award with Sarah Adams, The Care Employer Award and the Care Team Award.

Director of the company, Ian Barnes, said: “We really are ending the year on a high and have some fantastic plans in place for 2015. On the back of being named the best care company in Shropshire we are thrilled to have been named the best company regionally and five of our care staff have just been recognised for their caring skills in a competition with tough criteria.

“This week we have been training an influx of new carers and they all got stuck in helping us move the training beds up the hill along with some of our awards finalists using good old fashioned person-power. What better way to introduce them to our ‘can do’ attitude and meet their peers!’

The company has also passed all of its recent inspections by the Care Quality Commission with flying colours and has been working with the Mayfair Centre in Church Stretton on the innovative “Care-4-Me at Home” scheme. It sees the company working as part of a multi-disciplinary team with Church Stretton Medical Practice, Shropshire CCG, ShropDoc and the District Nursing teams, to prevent people going into hospital unnecessarily and save the NHS money. It’s a 24-hour, seven-day-a-week service.

Recognised for our work

Mr Barnes added: “It is these type of achievements which have helped us to be recognised for our work. We all work hard together as a team and hope that it shows in the excellent standard of care we give to vulnerable people in Shropshire.”

Bluebird Care
Why not check out this Home Care Services business in Shrewsbury. Bluebird Care is a 'thebestof' business member.
Latest Articles