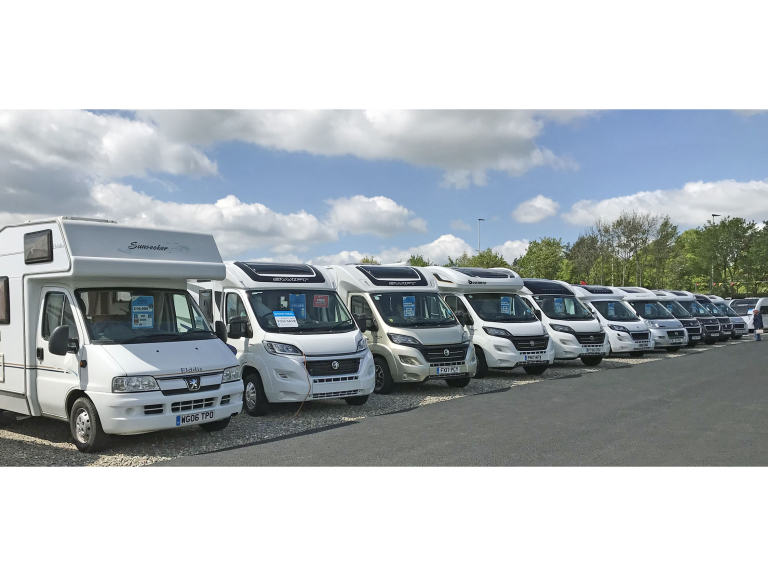 Shropshire-based dealership Salop Leisure has reported a 57 per cent increase in motorhome sales since January compared to the same period last year.

The company attributes the boom in demand to the expansion of the display area and stock of new and pre-owned motorhomes at the Emstrey sales centre in Shrewsbury, the increasing popularity of staycationing and this summer’s heat waves.

Salop Leisure has doubled its stock of motorhomes since last year, with more than 50 now on show in the enlarged display area. In addition, an eye-catching raised motorhome display, adjoining the Emstrey traffic island on Shrewsbury bypass, grabs the attention of passing motorists.

“The industry as a whole is seeing increased demand for both new and pre-owned motorhomes this year,” said Mike Harris, Salop Leisure’s operations director. “Our investment in the expanded display area and extra stock is certainly paying dividends.

“I think last year’s great summer has made motorhome ownership more attractive to customers, many of whom are now staycationers. Some customers, who are able to access 25 per cent of their pension fund tax free, have made a lifestyle decision to invest in a motorhome so that they can enjoy a break whenever they wish.”

As an extra bonus for motorhome owners, they can keep them in a secure storage facility at Salop Leisure’s headquarters when they are not needed.

The expanded storage facility, which opened last year, is covered by monitored circuit television, has the latest alarmed fence line security beams and is governed by an electronic entry system.