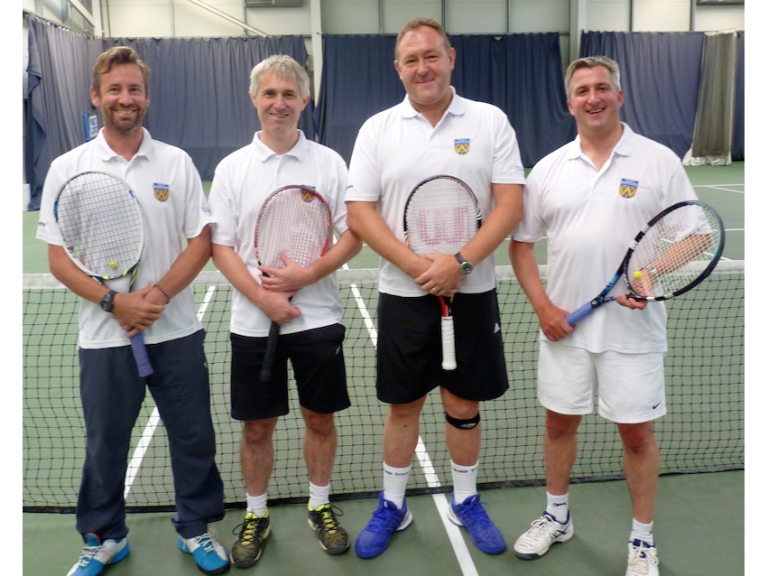 Shropshire men's over-45s tennis team suffered the frustration of a near promotion miss as they just fell short in their quest to become the county's first representative side to ever reach the first division of the Aegon County Championship.

Shropshire hoped excellent victories over the final weekend of their season against Buckinghamshire and Hereford & Worcester would be enough to continue their impressive climb through the divisions in recent years.

But it was not quite to be as Buckinghamshire, despite being well beaten by Shropshire at The Shrewsbury Club, ultimately pipped them to runners-up spot on the countback rule after Cheshire, the final scheduled opponents of the season for Buckinghamshire, did not fulfil the fixture.

Simon Jones, a regular member of the Shropshire over-45s side, said: "We had another very good season, winning four of our five games, but it was really frustrating to miss out on promotion after Buckinghamshire received a walkover against Cheshire.

"We played really well to beat Buckinghamshire and Hereford & Worcester and we hoped that would be enough to make us the first Shropshire team to ever be promoted to division one of the County Championship.

"But we hadn't banked on Cheshire not putting a team out against Buckinghamshire in the final game. That meant both ourselves and Buckinghamshire finished level on points and they went up on the countback rule having won more sets over the season.

"Hopefully we can keep the same team together and have another good go at gaining promotion next year."

Shropshire had put themselves into a strong challenging position ahead of their final weekend of the season, securing home victories against Cheshire and South Wales, but losing at Warwickshire, the eventual second division champions.

Shropshire completed a 4-1 demolition of visiting Buckinghamshire.and followed it up 24 hours later with a fine 3-2 win at Malvern over Hereford & Worcester, whose team included Mark Rowe, ranked just outside the top 10 in the world in his age group.

Simon Bird won all four of his matches for Shropshire during a productive weekend and Simon Jones claimed victory in three of his four games.

Pete Gillespie, the Shropshire No 1 who is now based in Kent, faced some difficult matches against tough opponents in Phil Hill and the world ranked Rowe, but played some great tennis, only just losing his two singles matches which were two very close contests.

Robin Morris came into the side for the Buckinghamshire match and was on the winning side in both of his doubles matches while Bill Gowan was also victorious in the doubles against Hereford & Worcester before having to retire injured in his second match.