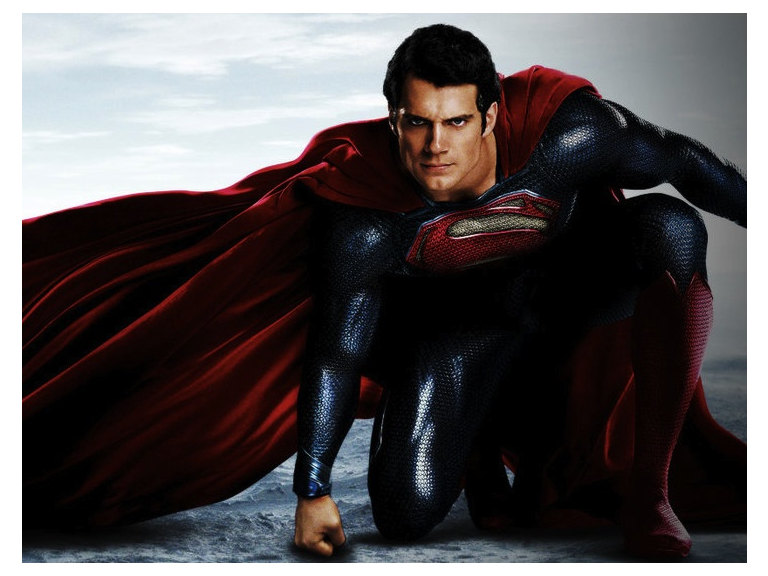 Now, I'm not going to keep saying every film I review at Shrewsbury Cineworld Cinema is great and worth a watch - but I have to say Man of Steel the brand new Superman film is one that most people will enjoy.

But as you sit down to watch it, there a few things you should do, and the most  important being - suspend your disbelief. This is an all-American massive summer blockbuster and it does have a huge helping of cheese with very obvious undertones about the state of the world and the fighting of wars.

I also think that we should all prepare ourselves for the fact that in the near future the definition of handsome man in the dictionary will have a photo of Henry Cavill next to it. I don't mean to sound like a lech - but he was cast in this film for a reason. Even his co-star Russell Crowe who plays his birth father, has been interviewed about his jealousy of this male specimen.

Right drooling aside, this film has a stella cast. I am particulary please that Amy Adams is cast as Lois Lane. It's the third time she auditioned for the role of Lois in a film and she saved the best for last.

She is always awesome, and again, without trying to sound all girl-power, it is nice to see someone cast in a supporting female role for the acting abilities rather than the size of their waist or their perfect measurements. Ms Adams, is more 'normal' but her skill and abilities make her uber-attractive in the role in my book.

So the story! Well superheroes need their foundation myths and just as Christopher Nolan and David S Goyer provided a new one for Bruce Wayne's alter ego in Batman Begins, now they've done the same for Clark Kent and Superman. But Nolan and Goyer, credited as producer and screenwriter on Man of Steel, entrusted the direction of their star child to film-maker, Zack Snyder.

In this intallment, which very much seems to set the story for future films in a saga, the film starts in a very sci-fi place as we are given the history of Krypton, an over-reaching galaxy that brought about its own destruction.

We are also treated to the conflict there between the authoritarian racist General Zod (Michael Shannon) and Superman's father (Russell Crowe - who said he would never take part in superhero movie), and of the dispatch to Earth of the baby (Cal) to be known on Earth as Clark Kent (Henry Cavill).

The identity of its protagonist becomes known early on to General Zod and his supporters, the US military, the midwestern foster parents (Keven Costner and Diane Lane) whose name Clark bears, and even to investigative journalist Lois Lane (Amy Adams).

The film is jam-packed with special effects, from Krypton and the weird and wonderful animals and spacecrafts to Clarks first forays into using his super powers on Earth, which are depicted in a simlarly clumsy way as the new Spiderman film starring another Brit Andrew Garfield.

What I really liked though, was the juxtaposition between the heavily effects laden Krypton scenes and the midwestern landscape and journey that Clark emabarks on across America as he finds his feet. There was a rather independent movie feel to these scenes, a quiet confidence and the cinematography was so amazing this is one of those films that really makes me want to travel across America.

Overall I did not want this film to end. I was captured by it, and although the special effects are indeed many and  the pace becomes so fast it is at times hard to keep up, Cavill is pefect as superman, Adams is captivating and moral, and the supporting cast are all well cast and believable.

This is definitely a scene setter, but it was far more enjoyable than I was expecting and it was nice to fully escape for a few hours and let the film take me.

Countries: Rest of the world, USA