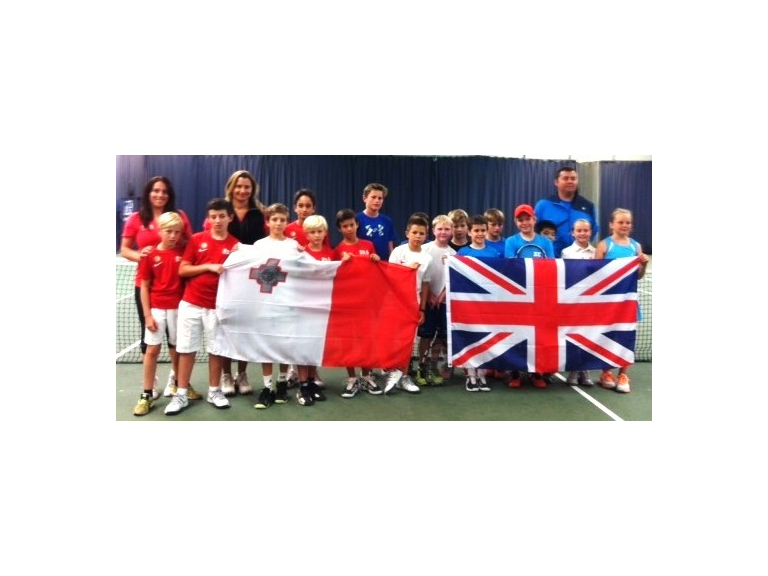 Talented young tennis players from Shrewsbury did both their club and country proud as they impressively beat a visiting club from Malta in a Davis Cup type challenge match.
It was the culmination of an enjoyable few days when coaches from The Shrewsbury Club welcomed players and coaches from the STA club in Malta to make the most of the impressive facilities on offer at the Sundorne Road venue for a training camp.
Nigel Hunter, director of tennis at The Shrewsbury Club, said he now hopes local players will reap the rewards of a growing relationship between the club and tennis in Malta. The prospect of a return trip at some stage for the Shrewsbury youngsters to play overseas has already been discussed.
He added: "Mark Tennant, director of Inspire2coach, tutors coach education all around the world for the International Tennis Federation and one of his connections is with the Tennis Federation in Malta. They were keen to come to England and do a training camp so we set it up.
"We led two hours of training every morning. We did coaching for the seven children but also educated the two coaches that came over from Malta.
"Then every afternoon we did match play so children from The Shrewsbury Club had the chance to compete against the Maltese children.
"It concluded on the final day with a Davis Cup match between the two nations and England/The Shrewsbury Club won quite comfortably so it was nice."
As for the future, Nigel added: "They are definitely coming back again from Malta next year and we're also looking at some mini-camps when a few of their players come over for weekends.
"We're also looking into the possibility of ourselves doing a return fixture which would be tremendous for the local youngsters."
The Shrewsbury Club, no strangers to hosting players from overseas, is firmly established on the national tennis calendar.
The club has again this year been selected to stage two top events featuring up and coming professional players from across Europe.
The Aegon GB Pro-Series Women's tournament makes a welcome return next month, starting on September 14, while they are also looking forward to hosting a sporting dinner headlined by leading BBC TV presenter John Inverdale and Michael Downey, chief executive of the Lawn Tennis Association, on September 19.
More