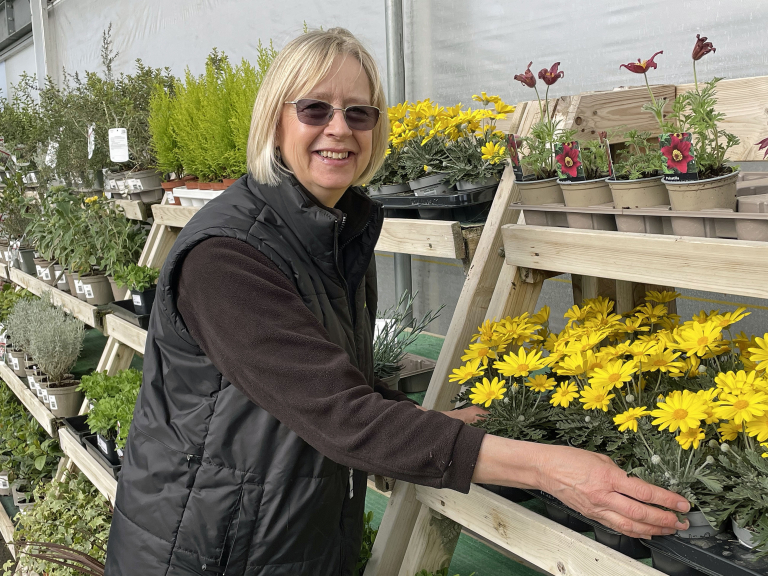 The Covid-19 pandemic lockdowns have seen interest in gardening boom across the country and Shropshire is no exception, as people have been desperate to escape into their gardens.

Heather Evans, assistant manager of Love Plants, said: “We had a fantastic March, by far our best in the eight years we have been open. Because of the good weather, people wanted to get going in their gardens after being stuck indoors during the winter.

“March, April and May are traditionally our busiest months and what is especially pleasing is the number of new customers that we are now attracting. There was such a lot of interest from existing and new gardeners, following the first lockdown last year, that we ran out of stock and I think people are buying their plants early this year as an insurance policy.

“They are already asking for summer bedding and vegetable plants, which is way too early, particularly with the current cold snap. I think it pays to be cautious in this changeable weather.”

Heather appealed to gardeners to be patient as there is a national shortage of some plants due to the heavy demand on growers, many of whom had a gap in growing last year due to the pandemic. High demand is also disrupting supplies of compost and farmyard manure.

She said the introduction of passports for plants imported from Europe, following Brexit, has worked smoothly, but some nurseries in both Holland and the UK have been forced to close their websites to online orders because they are so busy.

“Things have changed quite a lot in the horticultural world in the past year,” added Heather.

Love Plants’ premises have been adapted to implement two metre social distancing measures and a one-way system to keep customers and staff as safe as possible.