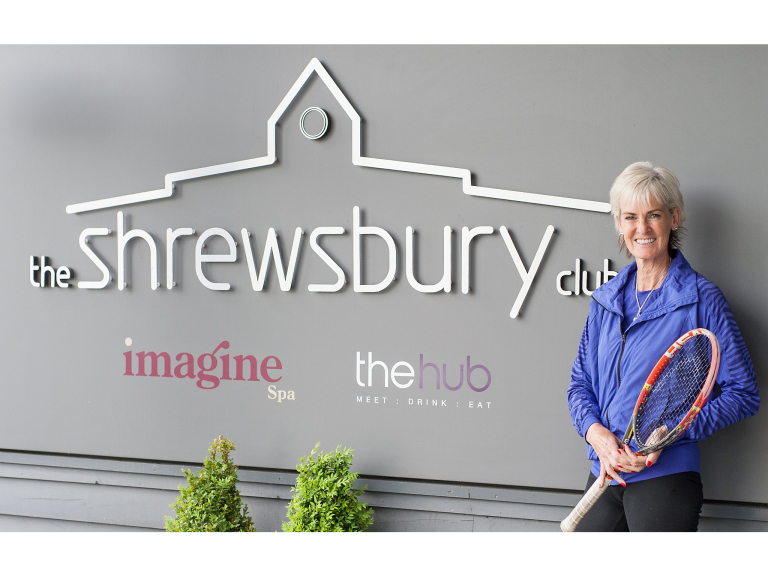 Judy Murray, mother of tennis star Andy, will be swapping Wimbledon for Shrewsbury later in the year when she returns to the town to headline a special sports dinner.

Judy, a top tennis coach, will share stories of her lifetime involvement with the sport and also discuss her time on popular television programme Strictly Come Dancing with guests at a dinner at The Shrewsbury Club on Friday, November 20.

"It's great to have someone as well known as Judy coming along," said Dave Courteen, managing director of The Shrewsbury Club. "She's clearly been a huge influence on British tennis over the last few years, not only through her sons, Andy and Jamie, but also through her coaching.

"Many people outside tennis probably don't realise just how great a coach she is and how highly respected she is as captain of the Great Britain Fed Cup team.

"It will be the second time she's been to The Shrewsbury Club. She visited earler in the year to run a coaching camp with teenage girls from across the region as Judy's really passionate about getting girls active and playing sport.

Mr Courteen added: "We're also delighted to be welcoming Debbie Flood, a real inspiration, who has won Olympic rowing medals and three World Championship gold medals. She's got a great story to tell in terms of how she achieved what she has.

"Debbie reached the top of her sport and tells a really powerful and compelling story about the benefits of exercise and taking part in sport."

A limited number of tickets for the event - tables of 10 including two bottles of wine cost just £350 - .are available now with early booking recommended as demand is expected to be high.

The dinner will take place on the eve of the final of the Aegon GB Pro-Series tournament, featuring rising professional women tennis stars from across Europe, which starts at The Shrewsbury Club on November 14 and runs for a week.

To book your seat at the sports dinner, call The Shrewsbury Club on (01743) 467755 while tickets can also be reserved by sending an email to manager@theshrewsburyclub.co.uk