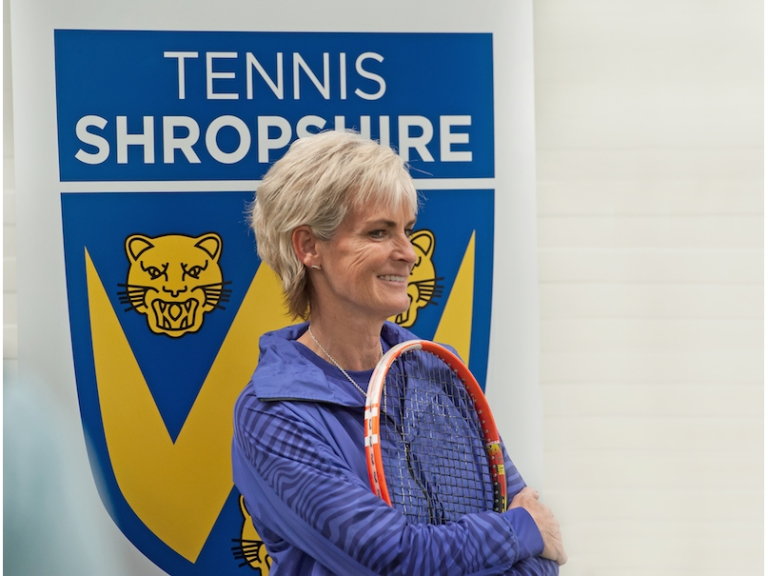 Judy Murray will take time out from watching her tennis star sons competing in the Barclays ATP World Tour Finals later this month to visit Shrewsbury to support a prestigious tournament being held in the town.

Judy, a top tennis coach who also featured in last year's series of Strictly Come Dancing, is heading to The Shrewsbury Club on Friday, November 20 to run a busy series of coaching programmes and to headline a sporting dinner.

She will then stay overnight in Shrewsbury before watching the final of the $25,000 Aegon GB Pro-Series event, which features the rising stars of European women's professional tennis, the following afternoon.

Her two sons, world No 2 Andy and doubles specialist Jamie, are taking part in the World Tour Finals at London's O2 Arena the same week, but officials at The Shrewsbury Club are delighted their mother is heading to Shropshire.

Alvin Ward, manager of The Shrewsbury Club, said: "It's great that Judy is so committed to grassroots tennis that she's going to take time out from watching Jamie and Andy hopefully competing in the final stages in London to come up here to Shrewsbury.

"She's not only going to watch the tennis but she's also going to actively engage with our county players, our development squads and also coaches and local school children.

"It's great for us in terms of promoting tennis in Shropshire. We're passionate about growing the sport in the county and Judy's visit is a great way of making sure we get people playing tennis.

"Judy's really keen that British tennis doesn't waste the legacy that Andy's success has laid down.

"She's developed her own Miss-Hits programme, which is designed to attract young girls from the age of five to play tennis and she will be talking to people about that."

Judy will meet the winners of a writing competition for county school children held in partnership with the Shropshire Homes School Sports Festival. They will be invited to interview her at The Shrewsbury Club.

Judy's visit also offers the chance, added Mr Ward, to keep a close eye on some of the up and coming British players who will be competing in Shrewsbury at a tournament which has previously attacted a host of players now ranked in the world's top 50.

He said: "As Federation Cup captain for Great Britain, it will be great for Judy to hopefully see one or two of the up and coming British players who will hopefully be competing in the final stages of the Aegon tournament.

"Johanna Konta, who lost in the second round here three years ago, is now ranked in the top 50 in the world while other leading Brits Heather Watson and Laura Robson have also played here.

"It clearly proves that this tournament always attracts future stars of tennis - both from Britain and across Europe - and it's not going to be long before you are watching someone here at Shrewsbury who goes on to win a Grand Slam.

"We thought it might happen this year with Roberta Vinci, who won here in 2008, getting to the final of the US Open where she was runner-up.

"Sabine Lisicki, a former runner-up at Wimbledon, also played here, so we've got close, and I'm sure it will happen soon that a player who has played here at Shrewsbury will win a Grand Slam."

The Aegon GB Pro-Series women's tournament takes place at The Shrewsbury Club between November 14 and 21.

Admission for spectators is free and a bumper crowd of more than 400 watched the final of the GB Pro-Series men's event at the Sundorne venue in March.