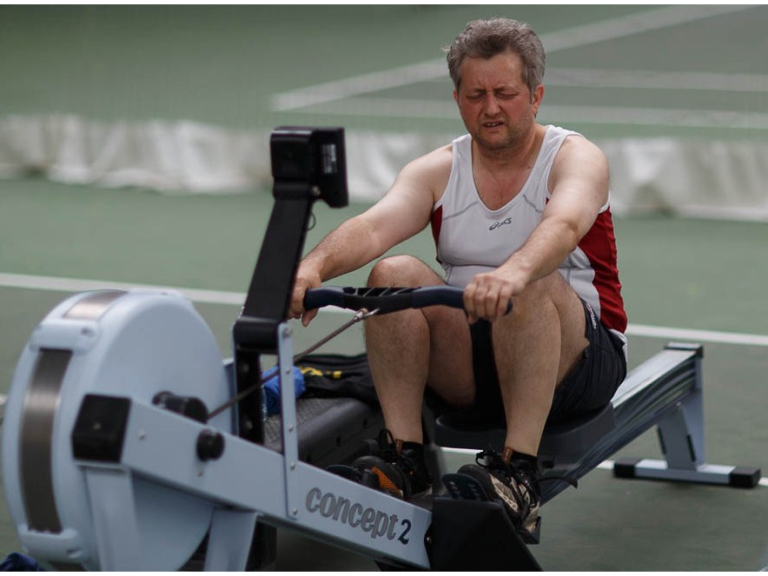 The event was organised by Giles Clarke, a member of the club, together with online virtual rowing club Sub 7, and it proved to be a big success with many of the entrants from the online rowing community.

Rowing took place on one of the venue's tennis courts and the participants were very complimentary about the surroundings.

Dave Courteen, managing director of The Shrewsbury Club, said: "It was great to host this event. Over time we have built up a reputation for holding great tennis tournaments at The Shrewsbury Club and we are pleased that we have been able to host a different type of event and attract many participants.

"Anything that encourages people to get active is so important to keeping people healthy. We recognise that we have a huge responsibility at The Shrewsbury Club to build awareness of the benefits of an active lifestyle and this event does just that, especially as the competitors spanned a very wide age range."

Richard Steventon also had a productive day in rowing 15,965 metres in 60 minutes in the 60-69 class, a record breaking display.

Arthur has only just taken up indoor rowing and turned in a fine performance, clocking just over three hours for his first ergo marathon.

Val is an adaptive rower and so rowed 'arms only'. She opted to row for 35 minutes, the longest she has done to date, and covered a distance of 5,108 metres.