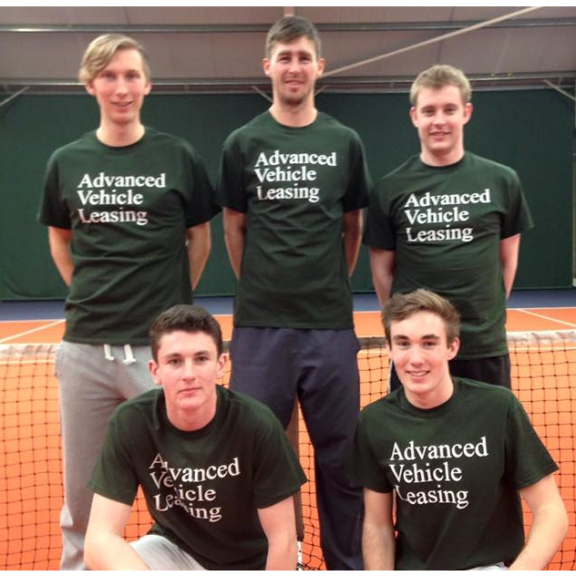 A sad loss but a fantastic achievement

Alex Parry, the captain of The Shrewsbury Club team, said: "It has been an excellent team atmosphere all year and one we have all enjoyed.

"It’s a fantastic achievement that we managed to get to the finals in the first place and to finish the season as one of the top 12 clubs in the country is brilliant. Next year we will come back stronger and try and go one step further at the finals."

Each tie consisted of four doubles matches - two per pair - with The Shrewsbury Club opening up by playing two rubbers against Northern LTC. Alex Parry and Edward Gibbs teamed up while the other Shrewsbury pair was Simon Ferguson and Matthew Lee.

Ferguson and Lee were first on court against a strong pair from Northern as they went down 3-6, 4-6, but Parry and Gibbs convincingly won their match 6-1, 6-1 to level it up at 1-1.

The same pairings for Shrewsbury took on David Lloyd Leeds later in the day, with captain Parry reflecting: "To say there was a little local support was an understatement as over 100 people packed the side of the court to watch the matches unfold."

Ferguson and Lee made a nervy start, losing the first three games, but impressively regained their composure to reel off seven straight games to take the first set and assume control of the match, ultimately winning it 6-3, 6-2.

Parry and Gibbs were unable to replicate their earlier success after coming up against some inspired serving from their opponents and were beaten 3-6, 3-6 to again leave the tie in the balance at 1-1.

With all to play for on the second day, Shrewsbury knew they would have to bring their A game to court to progress. Lee and Ferguson again excelled, cruising to a 6-0, 6-3 victory to edge the county town side in front.

But Parry and Gibbs then suffered at the hands of some inspired match play from the Manchester club as they were edged out 6-7, 3-6.

All comes down to the tie

With the tie now standing at 2-2, it would be decided by one member from each pairing teaming up together to play a first to 10 point tie break. Parry and Ferguson went out and instantly took the tie by the scruff of the neck, racing into a 7-0 lead with some brilliant shots, before eventually sealing the tie break 10-4 to secure victory in the overall tie.

For Shrewsbury to go through, they had to beat hosts David Lloyd Leeds when their well contested tie resumed. Parry and Gibbs took the first set of their match to a tie break with some excellent doubles play but were unable to take the set and eventually lost the match 6-7, 1-6.

Ferguson and Lee knew they had to win to level the tie. Their clash ebbed and flowed. Shrewsbury had set points in the first set but somehow the hosts held on to take it 6-7.

The Shrewsbury Club pair instantly hit back to take the second set 6-2. The third set was a first to 10 points tie break and, despite the best efforts of Ferguson and Lee, they were pipped 10-8 as the Leeds team ultimately prevailed 3-1 to end Shrewsbury's interest in the high profile tournament.

David Lloyd Leeds went on to lose in the quarter finals to Cardiff Met University, the eventual champions, whose side included Josh Milton and Marcus Willis, currently ninth and 15th in the British men's rankings.