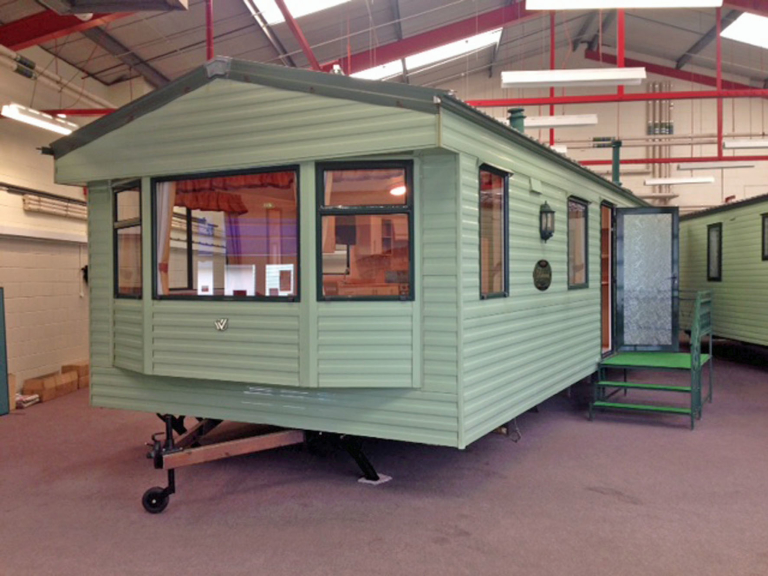 Heard the one about a stand-up comedy show in a caravan? That’s what’s planned for this year’s Machynlleth Comedy Festival in Mid Wales from April 29 to May 1 when the intimate venue for live entertainment will be explored.

Comedians will entertain a select audience of 20 in a caravan holiday home at award-winning caravan dealership Salop Leisure in Machynlleth on Sunday morning at 10.30am, May 1.

The idea of using the caravan for a ‘gig’ came following a conversation between Paul Argyle, manager Salop Leisure’s Machynlleth sales centre and the comedy festival organisers last year. The ‘gig’ proved such a success that the festival decided to repeat it this year.

More than 6,000 people are expected to attend the seventh festival, which showcases the best and most interesting live comedy in the UK and continues to grow with national media coverage.

Man in a caravan

Mr Argyle said Salop Leisure was delighted to be directly involved in the festival for a second year and was again sponsoring the neighbouring festival campsite for the weekend.

“It was a bit a coup for the company last year because it was the first time a comedy show had been staged in a caravan holiday home and it created a real buzz amongst the comedians and caravan manufacturers,” he added.

“Five comedians performed last year but we’ll have a wait until the weekend to find out who will be performing this time. It’s a great way of introducing people to caravans and hopefully the show will encourage members of the audience and perhaps the comedians to buy one.

“Because we sponsor the festival campsite, our accessory shop tends to be busy all weekend.”

Festival director Henry Widdicombe said: “The festival is a real cauldron of creativity with more than 160 different performances all taking place within the town of Machynlleth over the weekend. It all combines to produce a truly unforgettable experience for visitors and performers alike.

“This year we have been delighted to see sales coming in from a number of European countries and even as far afield as the USA! We’re now over 10 times the size of the first year and it’s still one of the most pleasant, friendly and fun weekends we know of.

“We are indebted to the people of Machynlleth because they host us every year and we couldn’t ask for anything more from them. It’s a wonderful place and I think we have got a really good relationship with the people.”

“Whilst the event continues to increase in size and scope, we work hard to maintain the core values that it was built around; comedians and comedy lovers having as much fun as possible in a creative, relaxed and experimental environment,” added Mr Widdicombe.