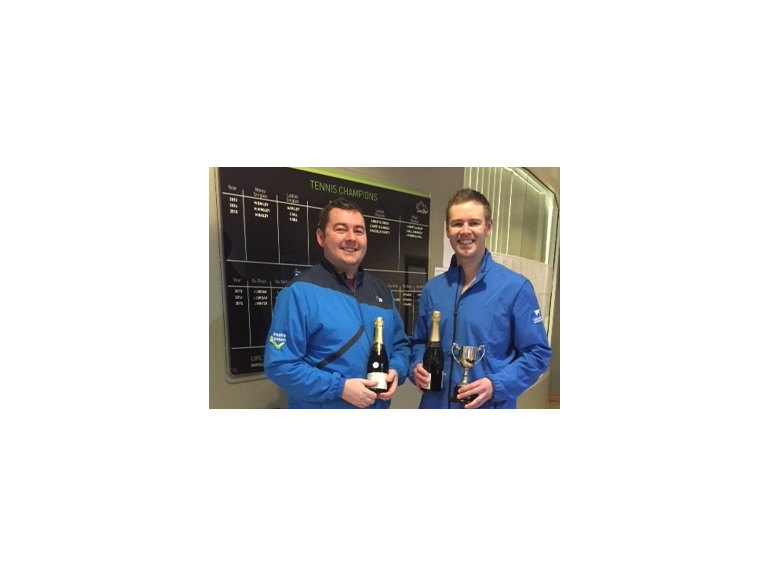 Nigel Hunter, who oversees tennis programming at The Shrewsbury Club, has become a national champion for the first time.

The 36-year-old teamed up with Jamie Drummond, the tennis manager at the University of Warwick, to be crowned over-35s doubles champions at the British Seniors Open Indoor Tennis Championships.

The tournament took place at David Lloyd Leisure in Dudley as part of the International Tennis Federation tour, which Nigel has played on for the last two years.

"This is an ITF Grade One tournament, so it was nice to win the doubles and become a national champion," said Nigel, who, in his role at The Shrewsbury Club, coaches many local players.

"Both Jamie and I played for England over-35s together at Bolton last year. He's a really good player and it was only afterwards that he pointed out that it was the first time he had also won a national title."

Unseeded for the tournament, they beat fellow Brits David King and Robert Smith 6-4, 6-2 in the final.

But Nigel felt the performance which really sealed their national triumph came in the semi-finals when they knocked out No 1 seeds, Brit Mike Ellames and New Zealand's Mark Hadley, 7-6, 7-6.

"That was our best win and the one that really won the tournament for us," he said. "They were just sat there shell-shocked afterwards as they weren't expecting to lose that tie. The final was a little bit more comfortable."

Nigel now hopes his success can help inspire the Shropshire youngsters he coaches.

He added: "We're really trying to develop a work force around the county to keep Tennis Shropshire moving forward with lots of coaching programmes set up.

"It's nice for them to see that one of their coaches is playing and competing at a good level, albeit in an older age category, but I'm really enjoying playing in the over-35s and it's my third year at this level.

"I've got my sights firmly set on representing England and GB and, in time, winning more national titles in the over-40s."