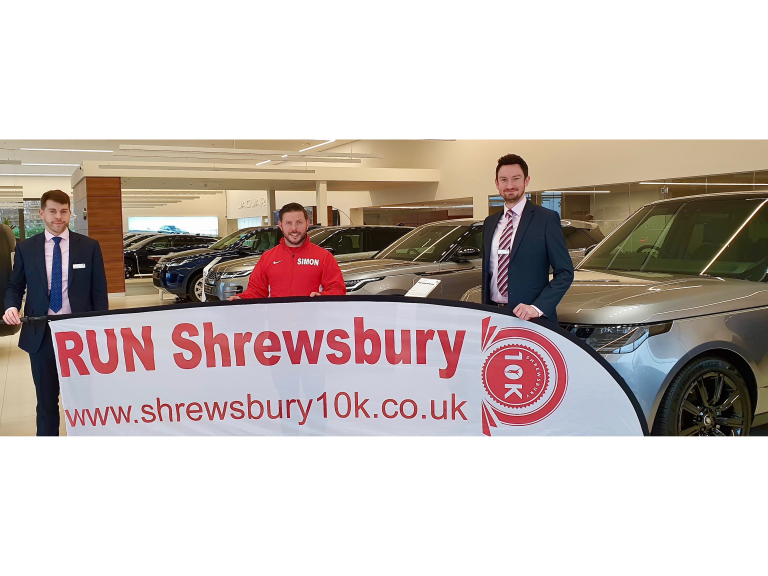 Shrewsbury’s annual 10K run, expanded to a weekend running festival for 2021 and rescheduled for August, has attracted new sponsors.

Local Jaguar Land Rover retailer Hatfields has thrown its support behind the event - a firm favourite in the Shropshire running calendar - by becoming the new headline sponsor.

Organised by Ultimate Fitness Events, the Shrewsbury 10K - which was originally planned for March - is now set to take place on Sunday, August 22.

The 10K run, which will be held for the sixth time, will be the showpiece of a weekend of activities that also includes the Shrewsability Run on the same day.

A 5K run - which has a minimum entry age of 11 - together with a 2K team relay and one mile time trial, both open to runners aged eight upwards, will be held in the town’s Quarry Park a day earlier on August 21.

There are a limited number of places available, with numbers restricted to 2,000 runners across the weekend.

Simon Macdonald, director of Ultimate Fitness Events, said his team are working hard to make the event the best possible experience for everyone involved.

He said: "We are as excited as ever about delivering the Hatfields Shrewsbury Running Festival.

“We are working tirelessly preparing the event and are putting extra measures in place to ensure the safety of everyone taking part and our event team.”

Simon added that he’s delighted to have Hatfields on board as title sponsors of the new-look event.

He said: “It’s fantastic to have the support of Hatfields and it’s a real coup to have an association with a big, local brand.

“The 2021 event will be a fun running festival for the local community and a weekend-long event for the first time.

“This will be the sixth year we have staged the 10K and, as it’s a big distance to run, we thought it would be nice to include more events alongside it, so there’s now the option for people of all different running levels to be able to enjoy taking part.

“It's the ultimate town race. You can run it with family and friends, run for charity, or just to push yourself with a new challenge.”

The route for the Shrewsbury 10K, which will start and finish in the town’s Quarry Park, takes in the town centre - with roads closed to traffic - residential areas and also the grounds of Shrewsbury School.

Everyone who enters will receive a bespoke medal and a newly-designed t-shirt.

Oliver Benbow, head of business at Hatfields, said the Shrewsbury-based company is delighted to be involved.

He added: "Hatfields are extremely proud to be the title sponsor of this year’s Shrewsbury Running Festival.

“It is such a prominent event in the calendar that we leapt at the chance to work with Simon and the team.

"It has been such a hard and challenging time for everyone and to be given the opportunity to help keep the event the success that it is means a huge amount to us.

“Running is so important for many people’s mental health, so ensuring the Running Festival takes place in 2021 is vital, so that people can start thinking about getting back to normality and enjoy doing the things they love the most.

"We really are excited about the event and look forward to seeing the hundreds of runners that are going to take part over the weekend.”

For more details of the Hatfields Shrewsbury Running Festival, including how to enter, visit shrewsbury10k.co.uk