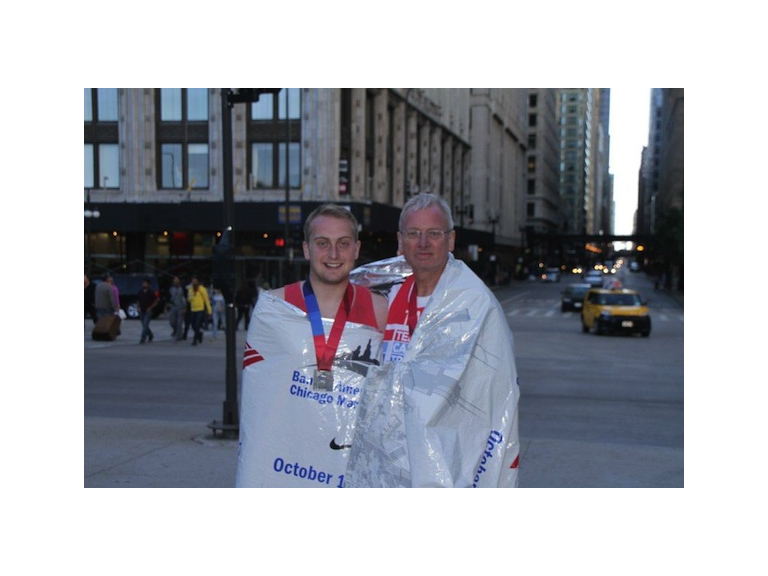 Father and son of a Midlands firm of Insolvency Practitioners recently ran the Chicago Marathon for Teenage Cancer.

Tim and James Corfield of Griffin & King are set to raise around £3,000 for the charity.

There were over 1.7m people lining the course cheering on the 45,000 runners.

James beat testicular cancer when he was 18 and has now run London, Berlin and Chicago to raise awareness and money.

Tim only put his name down for the Chicago marathon after a rash bet declaring ‘I could do that!’

Tim said after finishing ‘who’d have thought it. Up until six months ago I hadn’t done any running for twenty five years – it just shows, if you really want to do something, you can!’

Griffin & King
Why not check out this Insolvency Practitioners business in Shrewsbury. Griffin & King is a 'thebestof' business member.
Latest Articles

Are you re-evaluating your financial priorities as a result of coronavirus, asks Shrewsbury financial adviser
Sign up for offers
Sign up for what's on guide
Become an author
Popular Categories