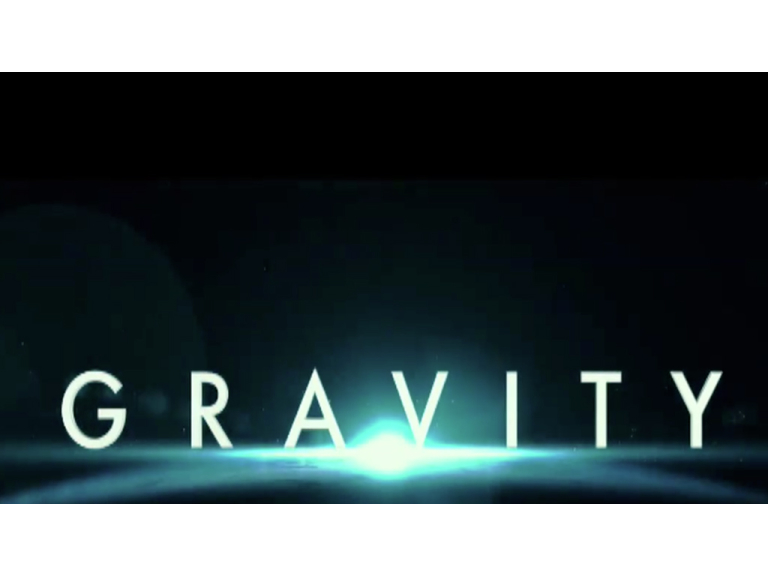 Sometimes things don't live up to the hype. Sometimes they do. Gravity, especially in 3D, is one of those times.

But I feel this film should by director Alfonso Cuarón should come with is a warning. Whilst only being a 12A and not having anything on the face of things that could dictate that this film is extremely tense, even scary at times, let me assure you - it is!

Maybe it's a girl thing as me and my female companion were very firmly on the edge of our seats at all times, while the men in the group just sat back and enjoyed it, .

The first thing Gravity puts before us, in terrifyingly effective 3D, is the prospect of utter weightlessness. Yup, these scientists are brave that's for sure.

When the film opens, Dr Ryan Stone (Sandra Bullock), a Nasa medical engineer on her first space mission (whith a rather unbelieveable 6 months of training), and Matt Kowalski (George Clooney), an experienced astronaut on his final one, are on a spacewalk, in both serious and playful communication with ground control in Houston.

Already Stone is finding the space-sickness tough going. Kowalski, meanwhile, is relaxed, chugging around the blackness listening to country music, but when he says: “I have a bad feeling about this mission” – a pinprick of doom wrapped up in his well-used, witty anecdotes – it primes us for trouble.

Before long, and literally out off nowhere a whole heap of trouble comes in the form of an accident elsewhere, which generates a vast destructive storm of flying debris.

The communications are cut, Stone is set loose spinning, let me assure you again, very terrfyingly in space, away from the structure she has been working on and very quickly out of radio contact.

Gravity is, in some ways, a deceptively simple survival movie. But it is a cinematic masterpiece, for once you would kicjk yourself if you hadn't paid the extra few quid to see in in 3D and we felt it could have been more perfectly cast. Visually it is epic.

Clooney, who certainly has his charm offensive down to a tea, is the comforting voice, the brave, the hero against Bullock's 'lost in space', pannicked, doubting character. Although, I must point out, any illusions you harbour that she is not brave should be cast aside, as I doubt most of us would even have set foot on the shuttle.

Gravity, with its whirling panic and crashes, takes us as near to the disorientating sensation of space as any film ever has – and as near as most of us will ever get (thankfully!)

The story itself, however, gradually becomes a fable of rebirth: in one scene Bullock floats, stripped to her vest and pants, curled up in a control capsule like an unborn child in the womb (as bit obvious, but beautiful all the same).

Yet the force of the direction, and the film’s own momentum, permits us to absorb these things not as cinematic clichés, but truths. It is love, just as much as gravity, which tethers us to Earth. Ah bless.

Miss this in the cinema at your peril. It is on at Shrewsbury cineworld now.