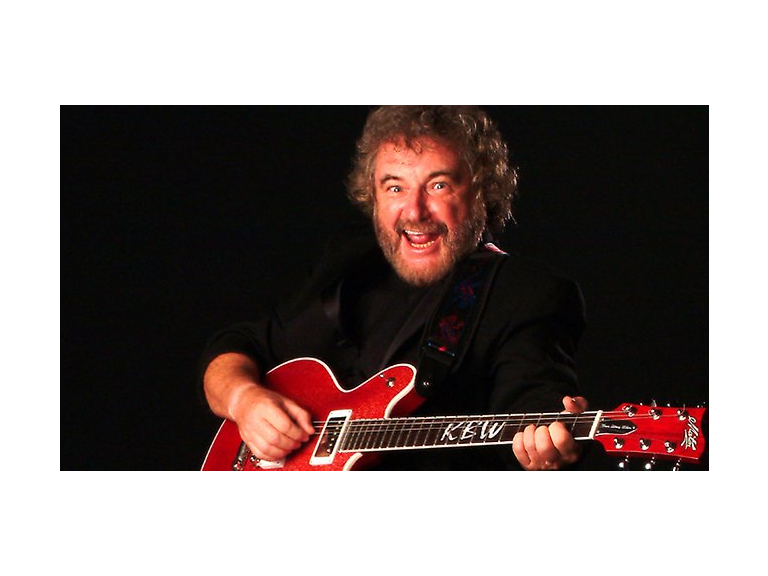 The comedian in question was the never politically correct and nearly always very blue, Kevin Bloody Wilson from Australia performing at the Theatre Severn in Shrewsbury.

Kevin started his show by saying that if you were looking for something very PC, you would be very disappointed and it was best that you left now. This blog has the same tone ie. If you are not a fan of Kevin bloody Wilson then you probably won’t enjoy reading this, as I am a fan. I would say I am more of a fan after seeing him, because it was my very first time. Even though I was familiar with some of his comedic songs, in the flesh he is a very clever man.

Kevin bought his unique brand of Aussie humour to our shores more than 25 years ago and the latest and last ‘KEV’S COP-U-LATER’ tour promised to showcase the best of the ‘Little blokes’ 20+ albums and give the fans just what they've come to expect (and love) from their favourite Australian export – “an irreverent, bawdy, politically incorrect night of KEV at his hilarious best.”

Kevin has sold more than 4 million albums sold, and continues to be one of the hottest tickets in comedy all over the globe.

What is evident about Kevin, un-PCness aside, is he is very insightful and very gifted musically. Kevin is renowned for taking a well known song and changing the lyrics, while playing the tune on his guitar perfectly. He also writes his own and makes his performance look effortless whether he is playing country music or Mariachi.

He has also travelled extensively and clearly takes on board much of each countries culture – often making them the butt of his jokes. But the British seem to have a very dear place in his heart and he even has a true and very funny tale to tell about a particular hotel in Shrewsbury, which he tells all over his tour.

Kevin also bought his 'retirement fund' aka his daughter along for this final tour, Jenny Talia. Jenny was her father’s apprentice in training and is carving out a reputation as being Australia’s funniest Sheila. She is very talented, but there really is something special and really quite endearing about Kevin.

I don’t know what this says about my dad, also called Kevin, but the funny man reminded me of him. I have grown up with that kind of humour as part of a large Irish family, where taking the proverbial is par for the course. Kevin verbalised this very well by saying that there is something about British humour that is akin to his native Australian.

I believe he is right and I am quite proud of that humour. And I really was glad to be there for his last ever turn on our stage. Well done to Theatre Severn for having the guts to let this comedian loose on their stage as not all British theatres would.

To see the next comedy offerings at Theatre Severn, including the Sunday Night Severn Jesters club, visit http://www.theatresevern.co.uk or call 01743 281281