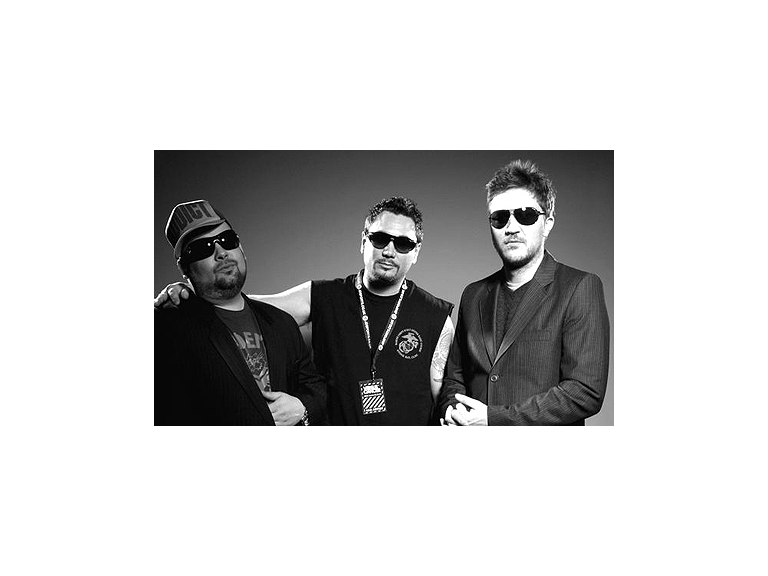 We headed to the Wulfrun Hall at the Wolverhampton Civic to catch the ridiculously cool Fun Lovin Criminals performing to hundreds of fans.

Now I like the Fun Lovin Criminals, but having seen them live for the first time, it's fair to say I love them. It’s only when you hear them again, you realise how much you missed them.

The Fun Lovin Criminals are, arguably, still the world’s finest and only purveyors of cinematic hobo hip-hop rock ‘n’ roll blues-jazz soul-review vibes. Bounding on to stage in a trio-rap the impeccably dressed band set the tone for their energetic and high sprited set.

The The Fun Lovin' Criminals (often referred to by their acronym, FLC) are the planet’s best-loved “cousins from New York” who, through the mid-late 90’s, chronicled life in their native city while bending the global ear to the sonic possibilities of exuberant hip-hop gangster-rock merged with lounge music, funk, Mariachi trumpets and the bassomatic Barry White.

FLC are  an American alternative hip hop / alternative rock group from New York City. Their musical style is primarily eclectic, covering styles such as hip hop, rock, funk, blues and jazz. Their songs often deal with life in New York City, as well as urban life in general. Their songs are often gritty, but are just as often humorous or satirical.

Although they are probably best known for their hit "Scooby Snacks" which features samples from films by Quentin Tarantino, that's probably not one of their own personal favourites as it was not saved for the encore of their lively performance. Other well-known hits performed included Barry White and their namesake tune, Fun Lovin Criminals.

The band, who are the epitome of cool, haS sold approximately 10 million albums worldwide and cites most of its fans as coming from northwest Europe and lead singer, the infamous Huey Morgantold the crowd several times how happy he was to be performing for them, in admongsth the several large tequilla shots he downed.

Although they have been together since 1993, it's not too late to get into the Fun Lovin Criminals, especially with new music on the way. The venue leant itself perfectly to this set. The punchy lights and simple set let the boundless energy of these three do all their talking with their wicked drum beats and singing guitar solos.

Sometimes I couldn't understand what Huey was saying in his deep American drawl, but that didn't matter as the atmosphere and music were so party. Intimate gigs of this nature are always the best, when you're either in touching distance or just a stone's throw from the act.

To find out about all the fantastic artists and comedians performing at the Wolverhampton Civic, Wulfrun Hall and Slade Rooms, just visit www.wolvescivic.co.uk, call 0870 320 7000 or email boxoffice@wolvescivic.co.uk