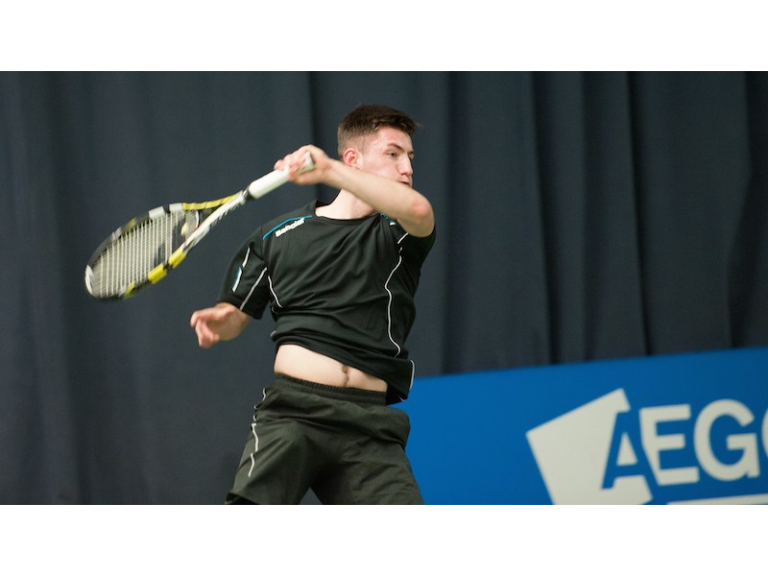 The Canadian, seeded five for the tournament which offers free admission to spectators throughout the week at Sundorne Road, ended 2012 top of the world junior rankings after winning both Junior Wimbledon and the Junior US Open.

Peliwo, now 21, said he is delighted to be back playing in England this week and he's looking forward to his first round match today against close friend Luke Bambridge, one of 19 British aces among the 32 players in the main draw.

"Luke's one of my good friends," said Peliwo. "I've known him since we were young, 13 or 14-years-old, and I've played him quite a few times so he's pretty familiar.

"But I've not played him recently so it will be nice to get out there on court with him again."

Peliwo discovered the identity of his first round opponent when he attended the draw which was made during a civic reception at stop. coffee shop within Shrewsbury Museum and Art Gallery last night.

Robert Bland, the High Sheriff of Shropshire, and Cathie Sabin, the Shropshire-based President of the Lawn Tennis Association, conducted the draw while the guests also included the Mayor of Shrewsbury, Councillor Beverley Baker.

Peliwo, currently ranked No 5 in Canada, added he has been impressed with the welcome he and his fellow players have received at The Shrewsbury Club.

"It's a very beautiful club and beyond my expectations," he said. "It's as good as you will get for these tournaments at futures level. Everyone's doing a great job to help all the players out and we feel very comfortable there."

As for his prospects this week, Peliwo, who has been ranked as high as 223 in the world, said: "If I play well, I obviously have a good chance to win the tournament, but every match is different and all these guys are very good players."

Experienced Czech Jan Mertl, the No 1 seed this week, faces Austrian Maximilian Neuchrist today while No 2 seed, Dutchman Antal Van Der Duim, will take on USA's Michael Grant, one of the players to sucessfully come through the final round of qualifying yesterday.

Dan Cox, seeded three this week, heads the strong British challenge and he has been drawn to face Luke Oakley, another Brit, in round one today.

The tournament will run throughout the week leading up to the singles final on Saturday afternoon.