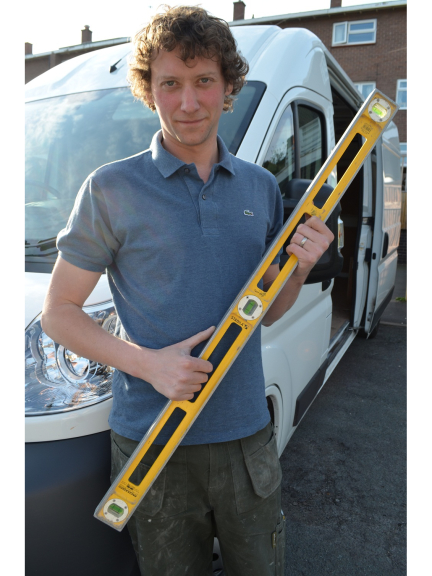 Two former students from Shrewsbury College have been selected by The Association of Colleges (AoC) Gold Awards to appear on its Roll of Honour which recognises those who have gone onto achieve excellence in their careers.

The criteria entrants had to satisfy for the awards was tough and included that they gained benefit from the College by gaining confidence and competence to pursue their career path, received public recognition, acclaim or made a major contribution in their field and continued to engage with the College and students. The Roll of Honour acknowledges the “wealth and calibre of the nominations” the AoC receives each year.

Hannah Nugent, attended the College from 2002-2004 to study an NVQ Level 2 in Hospitality and Catering. She went on to obtain a 2:1 BA Hons degree at the Birmingham College of Food and later got a job at Jamie Oliver’s Italian Restaurant in Birmingham where she has since been promoted to General Manager.

Inspired to go to Shrewsbury College

Hannah said: “I had always been a massive Jamie fan, and it was him who inspired me to go to Shrewsbury College in the first place, so I jumped at the chance.

“I now oversee four internal managers and there are 90-100 staff beneath me. Recently I was asked to go to Singapore for six weeks to open one of our new international restaurants there and teach them about our culture and food, which was an amazing experience. I firmly believe that it was the experiences I have had through Shrewsbury College and then university which helped me get the job of my dreams.

Close links with the College

“I still work closely with Shrewsbury College and love getting students involved. We regularly have students for workshops and I speak to them about my journey and hopefully inspire them to progress in their careers. I was also delighted to be asked to be the guest of honour and speak at the opening of the new College restaurant Origins in January.”

Curriculum leader for Hospitality and Catering, Debbie Dobson, said: “Hannah has been very supportive of our students. She is very committed to the College as she enjoyed her time with us and said she wanted to give something back to us, for which we are very grateful.”

Jack Buckley, of Shrewsbury, did his NVQ 2 and 3 in Site Carpentry and an Apprenticeship in Wood Occupations, Carpentry and Site Work at the College from 2003 to 2006.

He gained his Apprenticeship through the College with English Construction.

I learnt almost everything I know

“I learnt almost everything I know during those three years and I could not have gone on to achieve what I have in my career without the skills I learnt at the College and the support of the company which gave me my Apprenticeship,” he said.

“I was the Regional Winner of Apprentice of the Year with the Federation of Master Builders in 2008 and have since gone on to gain many extra qualifications. I built my way up to site foreman managing a team of between eight and 20 staff and up to four complex projects at any time.

“English Construction has close links with the College and regularly takes on new apprentices and I oversaw their learning, coming full circle.

“This year I launched my own business, J Buckley Building & Carpentry, based in Shrewsbury, and I have a number of exciting projects in the pipeline and am determined to see my company grow into a success.”

Stuart Raine, Carpentry & Joinery and Construction Trades Lecturer, said: “I taught Jack and he was an excellent student so I always knew he’d make a splash in his career. It’s really heart-warming to see students like Jack go on to do so well, and to have a business as successful as his is in its infancy is a testament to his skills and work ethic. I am glad the College and his Apprenticeship gave him such a good start.”

For more information about the courses on offer at Shrewsbury College, please visit www.shrewsbury.ac.uk or call Course Advice on 01743 342333.