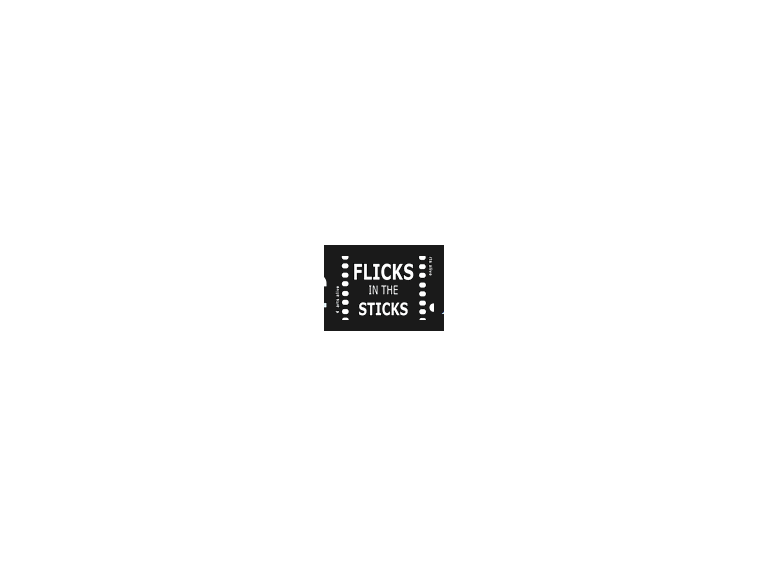 This February, Flicks in the Sticks, the touring cinema branch of Arts Alive, is taking big screen films to rural communities throughout Shropshire including Claverely, Leintwardine and Longden, showcasing films from Wild Tales to A Walk In The Woods and Ex Machina.

Flicks In The Sticks launched in just eight venues to 1,500 visitors in 1999. The project has since screened 8,810 films in village halls, community centres and churches and grown an audience of 40,200 across the region, with support from Film Hub North West Central.

Ian Kerry, Arts Alive, comments, “We’re incredibly proud to have reached this amount of audiences in the life of Flicks In The Sticks. Our aim in 1999 was to reach as many remote areas around Shropshire and Herefordshire as possible, making film accessible to communities and we’re extremely happy to now be working with over 100 venues to offer this.”

Events throughout February in Shropshire:

Alan Rickman directs this period drama alongside Kate Winslet. Sabine (Winslet) is selected to design a garden in King Louis XIV's new Palace. She develops a romance that gradually blossoms with the king's gardener.

An unlikely group of people get to know one another after a terrorist attack on a train. Emily Delahunty invites several of the survivors back to her Italian villa to recover. Some troubling secrets are revealed, friendships develop and life goes on.

A novel by Irene Nemirovsky, in the first days of occupation beautiful Lucille Angellier is trapped in a stifled existence with her controlling mother-in-law as they both await news of her husband, a prisoner of war.

Caleb, a coder, wins a competition to spend a week at a private mountain retreat. When he arrives at the remote location he finds that he will have to participate in a strange experiment in which he must interact with an artificial intelligence.

The Importance of Being Earnest (U)

Celebrated actor and Poirot star David Suchet plays the formidable Lady Bracknell in Oscar Wilde’s much loved masterpiece The Importance of Being Earnest, which was broadcast live to cinemas from London’s Vaudeville Theatre on 8 October 2015.

At the end of the nineteenth century, 16-year-old Jay Cavendish (Kodi Smit-McPhee) journeys across the American frontier in search of the woman he loves. He is joined by Silas (Michael Fassbender), a mysterious traveller, and hotly pursued by an outlaw along the way.

In 1974, high-wire artist Philippe Petit recruits a team of people to help him realize his dream: to walk the immense void between the World Trade Center towers.

Jersey Boys is a musical biography of the Four Seasons-the rise, the tough times and personal clashes, and the ultimate triumph of a group of friends whose music became symbolic of a generation.

Ryan Reynolds and Helen Mirren star in this drama based on the real-life story of Maria Altmann and her legal campaign against the Austrian government.

Based on the bestselling book, The Book Thief tells the story of a spirited and courageous young girl who transforms the lives of everyone around her while subjected to the horrors of World War II.

The Theory of Everything (12a)

The Theory of Everything tells the story of Stephen Hawking. Studying at Cambridge, Hawking was diagnosed with Motor Neurone Disease, and given 2 years to live. The film centres heavily on the issues that affect Hawking and his wife.

Ryan Reynolds and Helen Mirren star in this drama based on the real-life story of Maria Altmann and her legal campaign against the Austrian government.

In the first days of occupation, beautiful Lucille Angellier is trapped in a stifled existence with her controlling mother-in-law as they both await news of her husband, a prisoner of war.

Wickedly hilarious and delightfully deranged, Wild Tales is a subversive satire that doubles as a uniformly entertaining anthology film. It deals with six different short stories, with the theme of revenge at the heart of each one.

Far From the Madding Crowd (12a)

This timeless story of choices and passions explores the nature of relationships and love - as well as the human ability to overcome hardships through resilience and perseverance.

A cryptic message from the past sends James Bond on a rogue mission to Mexico City and eventually Rome. As Bond ventures towards the heart of SPECTRE, he learns a chilling connection between himself and the enemy he seeks.

The film depicts the author's fortnight-long visit to 1961 Los Angeles as Disney pursues her, in his attempts to obtain the screen rights to her novels. Together they set Mary Poppins free.

A true story about a group of friends from a workingmen's club in the Valleys who decide to breed themselves a racehorse. Amazingly the horse they raised takes them on a roller coaster journey to the top of the racing world

Set in 1992, during the growing conflict between Georgia and Abkhazian, this compassionate story focuses on two Estonian immigrant farmers who decide to remain in Georgia long enough to harvest their tangerine crop.