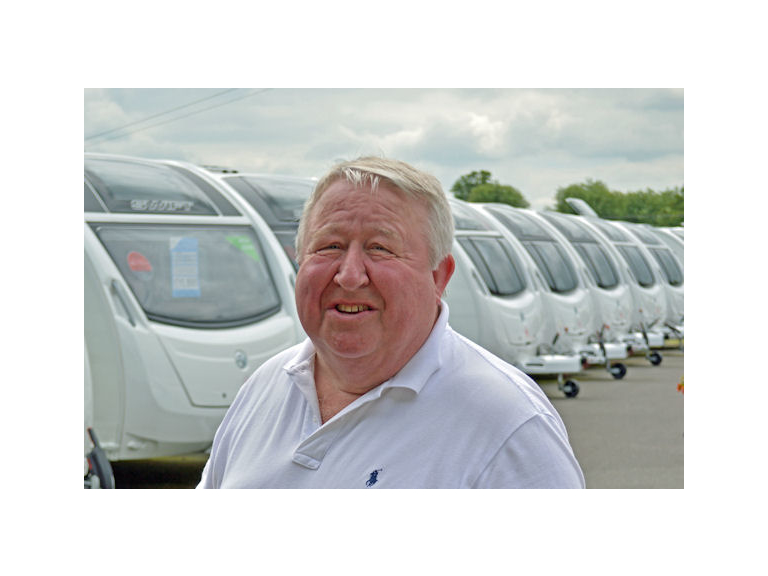 The beaming smile on Graham Jones’ face says it all. He’s back doing a job he loves, selling touring caravans, after being recruited by award-winning Shrewsbury-based dealership Salop Leisure.

Graham, who lives in Mold, previously worked for Cheshire dealership Harringtons at Delamere for 18 years before a change of ownership persuaded him to look for pastures new.  He went on to own three off-licenses in North Wales and Cheshire before returning to the caravan industry with sales posts in North Wales and Ellesmere Port.

His move to Salop Leisure sees him reunited with fellow touring sales executive George Harris, who also joined the company from Harringtons.

Explaining how he came to land his new job, Graham said: “I rang up Salop Leisure purely on the off chance to see if they had any vacancies because I wanted to get back into selling touring caravans.

“Luckily for me they did and I got the job. It’s well worth the 40 mile drive from my home. It’s a magical industry to work in because buying a touring caravan is an aspirational purchase. It’s your home away from home.

“In all the years I have worked in the industry I have never heard anyone criticise Salop Leisure. Their reputation for the way they treat customers, their after sales and their facilities are incredible.

“It reminds me very much of how Harringtons was when I worked there – a family business where the customer definitely comes first.”