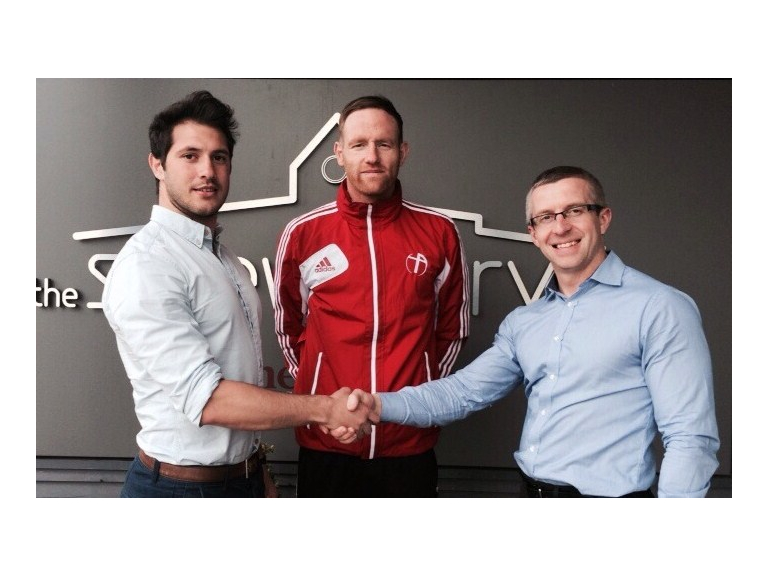 Talented teenage footballers keen to pursue a career in sport have the chance to develop their skills and further their education with the launch of the Crossbar Performance Academy.

The idea of Gavin Cowan, the former Shrewsbury Town and AFC Telford United defender who is the director of Crossbar Coaching Education in Sport, the new Performance Academy will run in partnership with The Shrewsbury Club.

It's an exciting opportunity for 20 youngsters aged between 16 and 18 to study for a Level 3 BTEC in Sport - equivalent to three A-levels - starting in September, while also having the opportunity to receive expert football and conditioning coaching on a full time two-year educational programme.

Based at The Shrewsbury Club, students will be able to use the club's renowned facilities while working towards shaping a brighter future for themselves.

Completion of the course, which also offers students the chance to develop their coaching skills working alongside Crossbar's experienced coaches who deliver sport acoss the curriculum in a host of county schools, could lead to potential jobs within sport or progression to university.

"It's all very exciting and we're really looking forward to it," said Gavin. "We're linking in with The Shrewsbury Club and Dr Ayser Hussain, who does consultancy work for the Football Association, to deliver the Crossbar Performance Academy.

"It's for 16 to 18-year-olds who, as well as having the chance to gain a BTEC in Sport, will also have the opportunity to engage in professional coaching.

"We'll be taking a cohort of 20 youngsters from September, potentially late developers, people who really want to invest their time into football.

"Dr Ayser Hussain will provide the strength and conditioning work while myself and other ex-professionals, UEFA B level coaches, will deliver the football coaching.

"It's a full time programme and the students will do 16 hours of learning each week, six hours of coaching with strength and conditioning on top, so it will be run like a full time football squad with the players engaged in games against other teams from all over the country."

Gavin added he was delighted to be working closely with The Shrewsbury Club, on Sundorne Road, a venue often used to host top international tennis tournaments.

He said: "The Shrewsbury Club has excellent facilities and students will be able to use the swimming pool, the gym, the studios, while they will also complete their 16 hours of learning each week in the club's conference room."

Dave Courteen, managing director of The Shrewsbury Club, said he was pleased to be involved at the start of such an exciting initiative.

He added: "We've established The Shrewsbury Club as a centre of excellence for tennis while it's also a great venue for all levels of sport.

"We're excited to be working with the Crossbar Performance Academy and helping local youngsters move forward. It's right at the heart of what we do and what we believe in."

An open evening for teenagers interested in finding out more about the Crossbar Performance Academy will be held at The Shrewsbury Club on Tuesday, June 2 at 7pm.