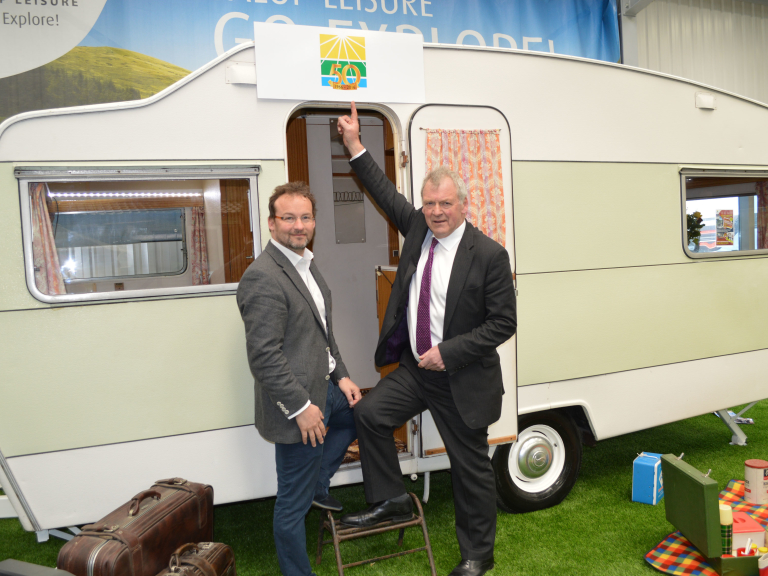 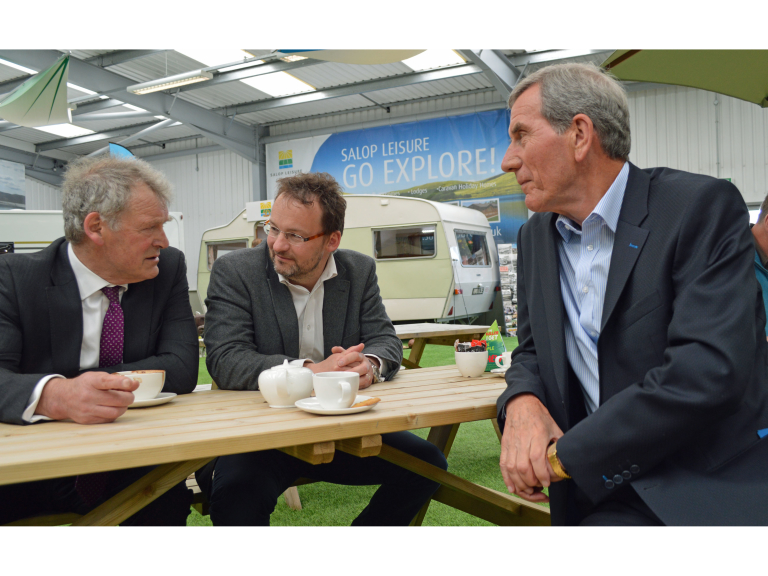 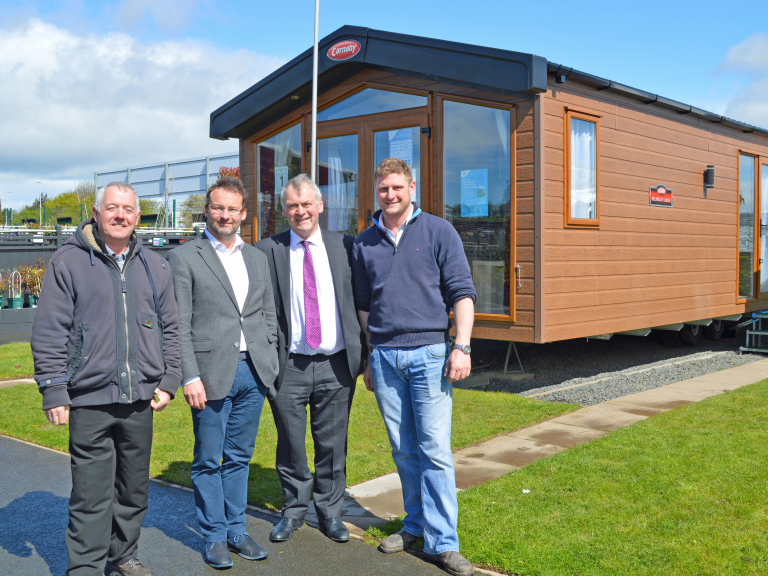 A 50-year-old touring caravan, which was made the same year award-winning caravan dealership Salop Leisure began, was a talking point as the West Midlands Caravan and Motorhome Spring Show opened in Shrewsbury last Friday.

Glyn Davies, MP for Montgomeryshire, officially opened the 10-day show at Salop Leisure’s Emstrey headquarters and was shown the Sprite Major touring caravan, which demonstrates the evolution of caravan design and development over the past half century.

Mr Davies paid tribute to Salop Leisure’s contribution to tourism in Mid Wales and the Heart of England describing the company as “a leading economic driving force” in both regions.

“The business creates a huge number of local direct jobs, as well as hundreds more downstream jobs in shops, restaurants and various activities that depend on visitors for success,” he said.

“For 40 years, I have been involved in the promotion of Mid Wales as a destination for visitors. I cannot think of any Government agency or business which has done more to attract visitors to our beautiful part of Britain than Salop Leisure.

“It is a beacon of quality and has a reputation for the highest of standards, driven by continuing investment and attention to customer needs. Congratulations to Salop Leisure on reaching its 50th anniversary this year and I look forward to more growth and success in future years.”

Mr Davies was accompanied on a tour of Salop Leisure’s business by managing director Mark Bebb who revealed the company’s exciting plans over the next two years. Mr Bebb thanked Mr Davies for his loyal support of the company over many years.

Thousands of visitors are expected to attend the show, which runs until May 8, where 250 caravan holiday homes, lodges, touring caravans and motorhomes are on display.

The UK’s largest dealership show, which offers free admission, focuses on families and first time buyers. Entertainment will include a falconry display and climbing wall on May 7 and 8 and face painting for children on both weekends of the show.

Visitors will get their first glimpse of the latest innovations in new holiday homes, touring caravans and motorhomes. There are 50 new 2016 touring caravan models on display from Swift, Sterling and Sprite and Salop Leisure’s biggest ever display of 50 new and pre-owned motorhome models from Autocruise, Autohaus VW, Bessacarr and Swift.

New caravan holiday home models are being launched at the show by ABI and Willerby. In total there are 45 new 2016 models on display from ABI, Atlas, BK Bluebird, Carnaby, Regal, Swift and Willerby.

A revolutionary folding camper, which impressed investors on BBC’s popular Dragon’s Den show in January, will be making a star appearance at the show. OPUS unfolds into a camping platform with two double beds and a large kitchen diner area.

Salop Leisure has also recently launched a range of new and pre-owned VW T6 and T5 Campervan conversions by Autohaus. The manufacturer produces one of the finest campervans on the market.