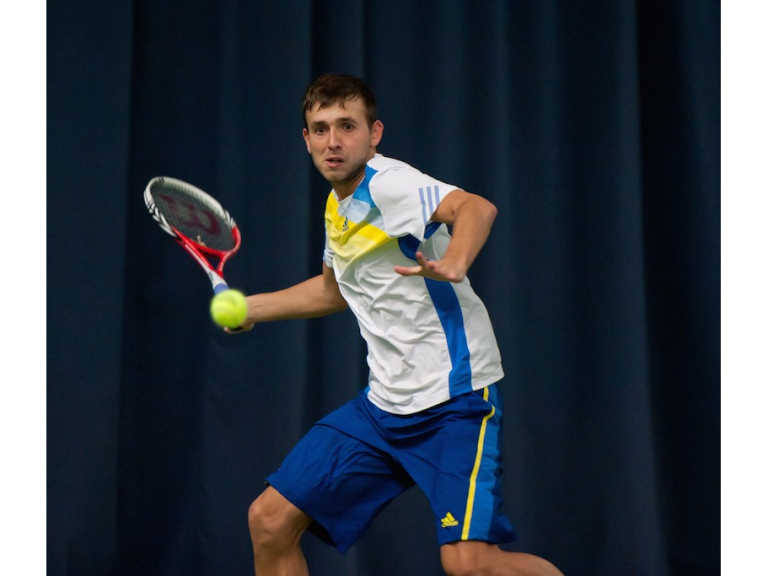 Former British No 2 Dan Evans, a past winner of the Aegon GB Pro-Series tournament, is among the star names heading to The Shrewsbury Club for this year's event which starts this weekend.

Evans will be hoping to reproduce the form which saw him claim the prestigious title at The Shrewsbury Club in 2013.

His victory in Shropshire acted as a springboard as, a few months later, he reached the third round of the US Open in New York which helped him rocket to a career high of 123 in the world rankings. He was second only to Andy Murray in the British rankings at the time.

Danish ace Freddie Nielsen, the 2012 Wimbledon men's doubles champion, has also entered the $15,000 tournament, the first of two International Tennis Federation events to be staged at the Sundorne Road venue this year.

Nielsen, an experienced Dane, has also enjoyed success at the highest level having partnered Jonny Marray to Wimbledon men's doubles glory in 2012. Nielsen played at Shrewsbury last year and was previously a doubles champion in the county town in both 2006 and 2007.

Qualifying for the men's event begins on Sunday and the tournament will run throughout next week leading up to the final which usually attracts a crowd of more than 200 people a week on Saturday, March 28.

Admission is free and organisers hope many local people will take the chance to watch top class professional tennis being played on The Shrewsbury Club's indoor courts.

"We're proud to bring top quality tennis to Shrewsbury," said Dave Courteen, the managing director for The Shrewsbury Club. "It's a core part of what we're trying to do.

"People can come along and see top ranking world stars of the future right on their doorstep when they're on the cusp of becoming internationally famous plus more established players on the tour.

"We're really excited and proud that Shrewsbury is the only town the LTA has chosen to host two of these events in 2015. We look forward to staging the ladies $25,000 event in November but first of all we want to make the men's event a huge success."

Five Brits currently ranked in the top 10 will be taking part in Shrewsbury, among them Edward Corrie and Dan Cox, while the international challenge is headed by Czech Republic's Jan Mertl, ranked just outside the world's top 200, and Dutch duo Boy Westerhof and Antal Van Der Duim.

Julie Piper, tournament director for the LTA, said Shrewsbury has become a popular stopping off point with players on the ITF tour.

"Events like this act as a stepping stone for those players starting off on their professional career," she added. "For many, it could be their first experience of playing in a British event and so the welcome and support they receive from the Shrewsbury public will hopefully stay with them during their playing careers.

"It is no wonder Shrewsbury is fast becoming a popular venue with the players on the ITF pro-circuit.

"For The Shrewsbury Club to be awarded two Pro-Series events this year is testament to the hard work of their team, the excellent facilities and wonderful catering the club provides."

A civic reception attended by many of the players will be held at stop. coffee shop within Shrewsbury Museum and Art Gallery on Monday evening, March 23.

Invited guests will include the Mayor of Shrewsbury, Councillor Beverley Baker, and Cathie Sabin, President of the Lawn Tennis Association. The main draw of the singles event for the Aegon tournament will be conducted during the reception.