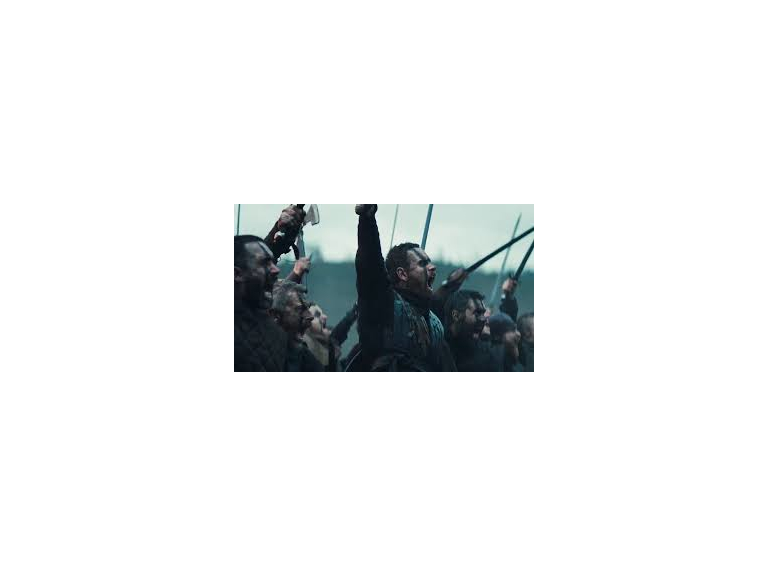 Shakespeare’s tragic and dark thriller Macbeth has been made into a new screen version by Australian film-maker Justin Kurzel.

This is not the traditional stage Macbeth as you would expect from a big screen, star-studded adaptation. But instead is set on a vast Scottish plain, which appears much like Peter Jackson’s Middle Earth.

The film is visually stunning and the art direction with the beautiful landscapes, eerily coloured with epic, emotional music, is I would go so far as to say, almost perfect.

There are slow-mo battles, stylised blood-spouts and roaring in amongst the slow and steady unfolding of the drama.

As Macbeth and Lady Macbeth, Michael Fassbender and Marion Cotillard are a fantastic pairing. Both actors are really phenomenal. You may have seen reviews which cite Fassbender as being 'born for this role.' And I would have to agree. As ever, Cotillard is able to convey enormous amounts with her face without saying a word.

Right off the bat, Kurzel begins with a bold flourish. Tackling the question of the couple’s evident childlessness, and Lady Macbeth’s mysterious later allusions to breast feeding, he starts with the two attending the infant’s funeral.

One of the most dramatic scenes is the murder of Duncan and after when Fassbender’s Macbeth slumps next to his gory, blood-stained corpse and rather shockingly speaks the line directly into the stunned face of Duncan’s rightful heir Malcolm, played by Jack Reynor, who has discovered the scene.

For her part, Cotillard is more than able to command her own space in the film. It does not matter that is is French and has not attempted a Scottish accent. As she greets Duncan as the King arrives at their house she is a picture of demurely sinister intent and for their intense disputes, while Macbeth appears to want to back out, Cotillard delivers a tour de force as she quietly and forcibly reproaches him.

Later, the Macbeths’ “Queen is dead” scene is genuinely quite shocking and Fassbender brings in the big guns of performance.

There is a lot of sound and fury in this Macbeth and it's well worth seeing on the big screen at Cineworld Shrewsbury.