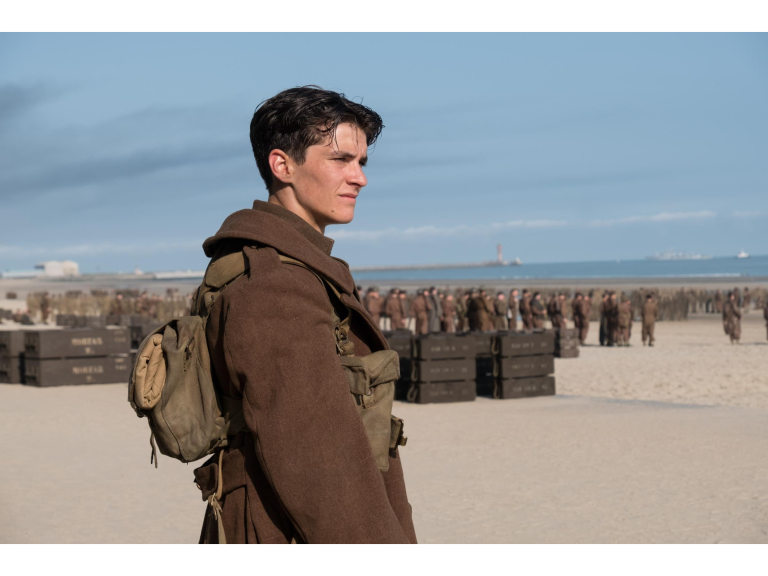 Now showing in Cineworld Shrewsbury, Christopher Nolan’s latest film is an exhilarating, harrowing slice of world history like nothing you’ve seen before. In 1940, Dunkirk beach was the backdrop to the evacuation of over three hundred thousand British, French and Belgian troops. Nolan (Inception, Memento, The Dark Knight) paints a bleak but utterly gripping picture of fear and desperation, where the soldiers’ sole mission is simply to survive.

We shall fight them on the beaches

Nolan’s film is a masterclass of cinematography, its muted palette of blues, greys and browns reflecting the sullen mood just as much as the grim faces of the actors. The scale of the action is huge, the attention to detail impressive. From a sinking naval destroyer to Spitfire dogfights in the sky above the Channel, it’s as though the past has come to life again, and you’re dropped right in the middle of it.

In the opening scene a brief, uneasy sense of calm is soon shredded by deafening gunshots – and from then on the tension doesn’t let up. Seeping with the cold, the wind, the wetness, the brutality of it all, the film has a perfect length at just under two hours. Any more and your heart couldn’t take it.

Nolan has a set of actors he loves to reuse time and again. Thankfully, he’s got a pretty talented team on board. Famous faces include Tom Hardy, Cillian Murphy, Mark Rylance, Kenneth Branagh, and James D’Arcy all doing star turns.

The younger soldiers are played by relative unknowns, except for ex-One Direction star Harry Styles. Styles plays his character with brooding scowls and a surprising amount of depth, communicating the central theme of the film: where is the glory in simply surviving such a traumatising experience? By the end of Dunkirk, you’ll feel like you’ve just about survived, too.

There is little joy to find in the film, but this is surely an accurate representation of the actual event. Rather than a fluffy period drama that attempts to make more palatable what is quite grim fare, Dunkirk is two hours of pure grit. If anything, you’ll leave with a new appreciation of the incredible sacrifice that was made by so many.

In summary, Dunkirk is an emotional and intense window into one of the most iconic battles of World War 2, and captures the human angle many other war films can tend to neglect. If you’re looking for a thrilling big screen experience, prepare to get your mettle tested with Dunkirk, on at Cineworld Shrewsbury.