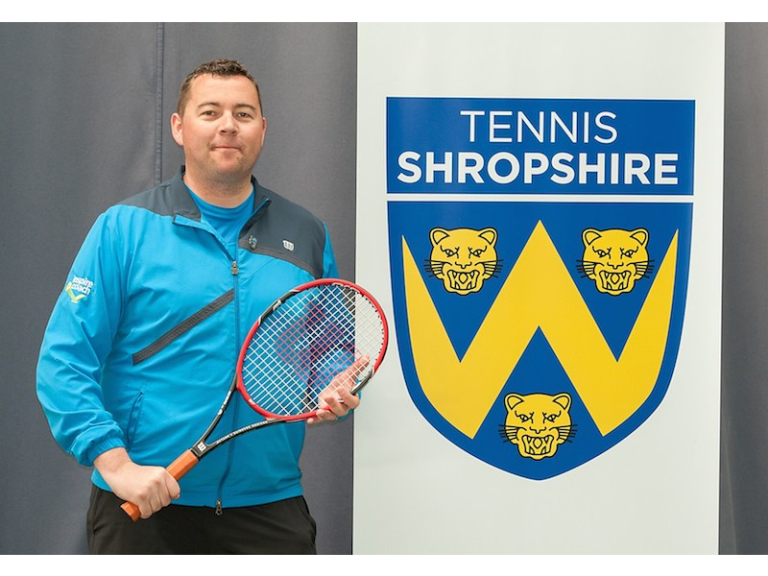 Nigel Hunter, the director of tennis at The Shrewsbury Club, will step on to the international stage for the first time this weekend after being selected for the England over-35s team.

Nigel, a popular figure at the Sundorne Road club, has been rewarded for his consistent performances on the national senior tennis tour with a place in a three-man England team for the annual Four Nations event at the Bolton Arena between May 2 and 4.

The 35-year-old ace now hopes to help England push for victory as they prepare to take on Ireland, Scotland and Wales.

"It's a big honour to be called up although my first reaction was 'I'm not English' because I was actually born in the Isle of Man," smiled Nigel.

"I feel very much Manx coming from a very small country with only 70,000 people, but I've lived in England for nearly 20 years now, I've played all my tennis in England in that time, so to be picked for such a large nation is fantastic.

"This is a step up in recognition to play for a bigger country when there is many more people to be chosen from, so it's an honour to be in the top three in the country."

Nigel, also part of the Tennis Shropshire coaching team, is now training hard to ensure he's in the best possible shape for his international debut.

He said: "It's been a long time since I've played full time, but since getting the call up it's been back to training every day, hitting the gym and doing lots of on court training.

"I normally don't practice so much, just play the events and enjoy it, but all of a sudden I'm eating much healthier and training hard.

"We're playing against Scotland, Wales and Ireland, one team each day, and each time we will play two singles ties and a doubles tie, so I'm really looking forward to it."

Nigel admits people are often surprised when they learn of his England call - but he's earned his place in the national set up on merit following an excellent season.

"When I've mentioned it to people a lot of them have been quite shocked to learn of the level I play," he added.

"I've just moved into my second season of seniors tennis so I played tour events last year and got a reasonably high British ranking from that.

"The main selection for this event was based on the Nationals held at Brierley Hill in January when I made the semi-finals."

He will be passing on tips to people of all ages, regardless of ability, when The Shrewsbury Club take part in each of this summer's Great British Tennis Weekends on May 16, June 13 and August 1. It's an ideal chance for local people to pick up a racket and give tennis a go. For more details, visit http://www3.lta.org.uk/clubs-schools/Promotional-Events/