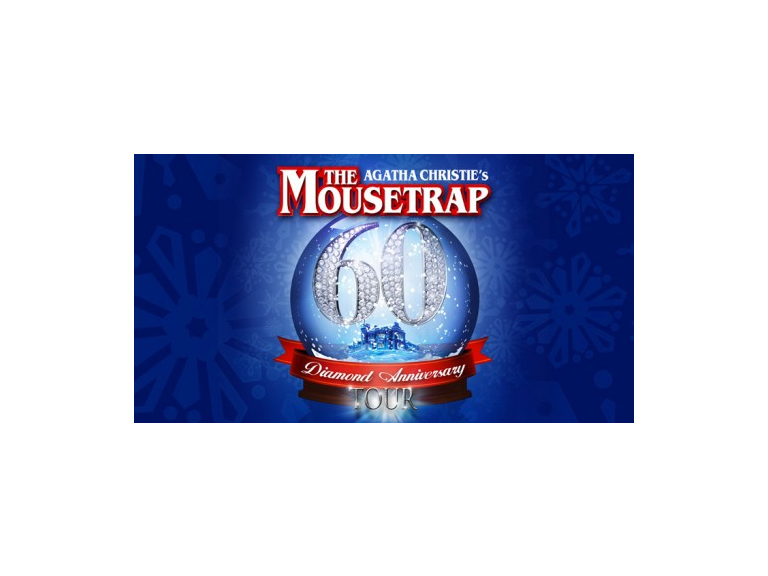 There was a murderer in our midst at Theatre Severn in Shrewsbury when The Mousetrap came to town, but thankfully not a real one!
The legendary, record-breaking, Box Office smash hit thriller is celebrating its 60th anniversary.
Described  as:
"The cleverest murder mystery of British Theatre" Telegraph
"A truly entertaining classic thriller" Sunday Times
"Deservedly a classic among murder thrillers" Observer.
Agatha Christie’s The Mousetrap is a classic tale, and famous around the world for being the longest running show of any kind in the history of British theatre - with over 25,000 performances to date.
And to celebrate its 60 years on stage, it’s currently on tour for the first time so Theatre Severn audiences have the opportunity to see this masterpiece all week.
The scene is set when a group of people gather in a country house cut off by the snow and discover, to their horror, that there is a murderer in their midst.
One by one the suspicious characters reveal their sordid pasts until at the last, nerve-shredding moment the identity and the motive are finally revealed.
The set and costume were very authentic and helped set the scene from the off. The atmosphere for the 1950s was really evoked through all the senses.
The cast were also wonderful at chracterisation so we were able to get on board with them straight away and get suspend any sense of reality as we followed them on this classic whoddunnit tale. The brilliantly intricate plot saw murder lurking around every corner.
There was a liberable smattering of humour which was easy to follow and digest and plenty of red herrings to keep the audience guessing, but I for one did not expect the conclusion!
There is more to say but with several more audiences about to see the play this week, I can't say too much or it will give the answers away. Definitely worth the watch!
The Moustrap is on at Theatre Severn until Saturday with limited ticket availability left. For tickets for this and all of the upcoming shows at the theatre, visit www.theatresevern.co.uk or call the Box Office on 01743 281281.
By Catherine Buckley
More