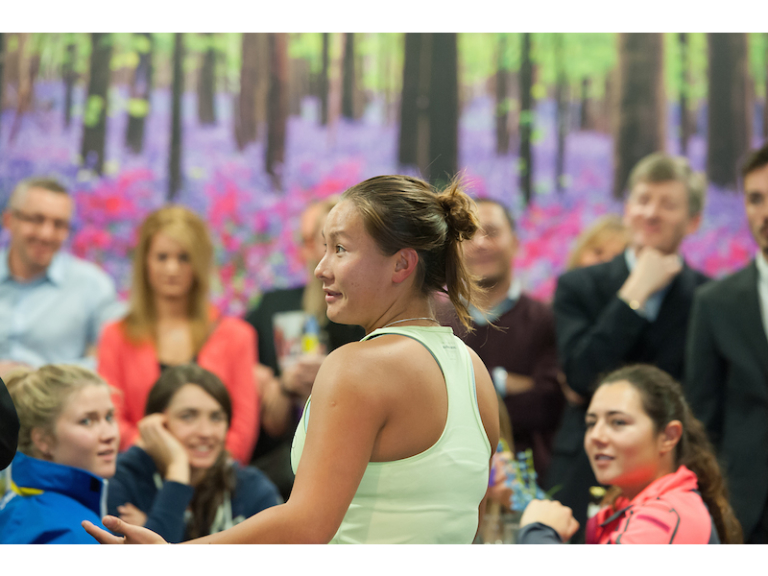 Reigning champion Oceane Dodin admits she would love history to repeat itself as she begins the defence of her Aegon GB Pro-Series title at The Shrewsbury Club today.

The talented French teenager was handed a first round tie in the $25,000 tournament against Quirine Lemoine from the Netherlands when the main draw for the women's singles took place during a civic reception at the Shropshire Food Enterprise Centre in Shrewsbury last night.

Dodin, 19, emerged from qualifying to win the county town tournament last year and has since rocketed from 559 in the world to her current ranking of 150.

She also hit the headlines recently by knocking former world No 1 Jelena Jankovic out of the US Open in New York.

Dodin said she was pleased to be back in Shrewsbury and is looking forward to the challenge of being the tournament's No 1 seed.

"It's different," she said. "Last year I won seven matches maybe, this year it would be five, so it's better - but it's not easy to be No 1 because everyone wants to beat you. It's different so we will see."

Dodin has a healthy respect for first round opponent Lemione, 23, currently ranked 329 in the world.

She added: "I know she's a great player and she has a good serve, a good game. Every girl is difficult to play, it's not easy, but I try to do my best and we will see what happens."

The British challenge is spearheaded by Tara Moore, 23, currently the British No 7, who will face Italian Cristiana Ferrando in round one at The Shrewsbury Club today.

Last night's main draw was conducted by Shropshire celebrity chef Marcus Bean and Will Davies, a young chef at the Origins restaurant at Shrewsbury College.

There's free admission for spectators throughout the week at The Shrewsbury Club, with the singles final taking place on Saturday afternoon.