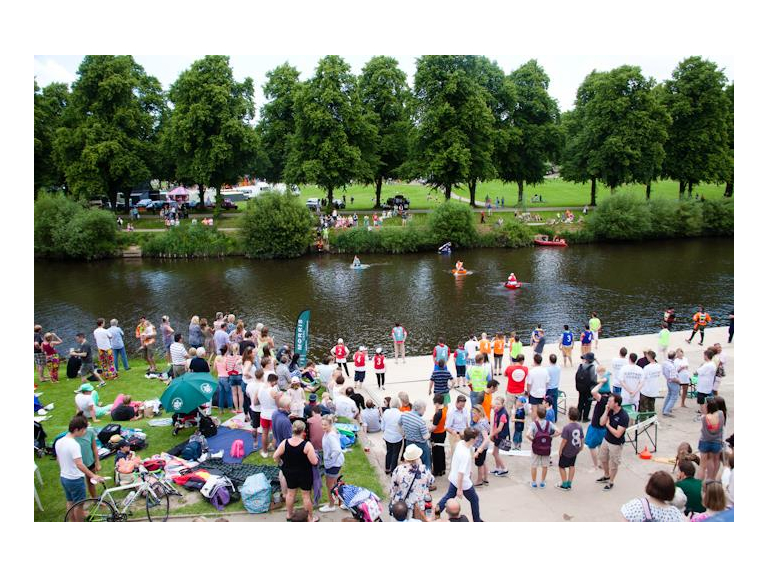 Time is running out for teams to enter this month’sworld championship coracle race in Shropshire to raise money for charity.

Places are still available for the event to be held on the River Severn in Shrewsbury on the afternoon of Friday, September 16, to raise funds for Macmillan Cancer Support - but entries must be in by September 7.

Macmillan’s fundraising manager Helen Knight said there had been a good response so far but places were still available for teams of four to take to the water.

“So far 33 teams have signed up, which is great, but with the event just weeks away away we don’t want anyone who wants to take part but hasn’t yet got in touch to miss out,” she said.

“We are pleased to have JT Hughes sponsoring the race, which involves teams of four paddling a traditional coracle boat in a relay race across the river, with the winners being crowned world champions.

“As well as being a great day out on the Severn, on what we hope will be a wonderfully sunny day, this is a great chance to help a really important charity.

“It is a fun day with plenty going on and the chance to get really wet in a good cause. What could be better?

“The deadline to enter is September 7 and while we are very pleased with the number of entries so far we would always like to welcome more.”

Last year’s event was hugely successful with £22,000 raised for Macmillan Cancer Support. Teams from a variety of businesses and organisations took part in the race.

The event takes place at the Pengwern Boat Club and there is plenty of entertainment on offer throughout the afternoon.

Last year’s winners were the Buckshot Bandits, from McMillan Masonry in Bishop’s Castle, and a special prize went to Cameron Homes for raising the most money for Macmillan Cancer Support.

The team were presented with a new trophy, called the Richard Bayliss Cup, named in memory of volunteer committee member, Richard Bayliss, who was instrumental in starting the event seven years ago.

Macmillan Cancer Support does an incredible amount of work in Shropshire to help people living with cancer and the coracle race provides the ideal opportunity to help their efforts by raising much-needed funds.

The money raised at the event can be used to help pay for a range of services provided by Macmillan Cancer Care, such as family support workers, nurses and vital phone services.

Helen said: “Macmillan relies on this money to keep operating and the efforts of  fundraisers at events like the coracle race are vital to all those people who need our help.”

It costs £28 an hour for a Macmillan nurse, helping people living with cancer and their families to receive essential medical, practical and emotional support.

Helen said: “We also provide social workers, family support workers, information services and our Macmillan Support Line. There is a wide range of services all competing for the funding that is raised.”

Anyone interested in the event can use a special registration website at http://regevent.co.uk/macmillan-cancer-support or email coracleworldchampionships@gmail.com for more details.