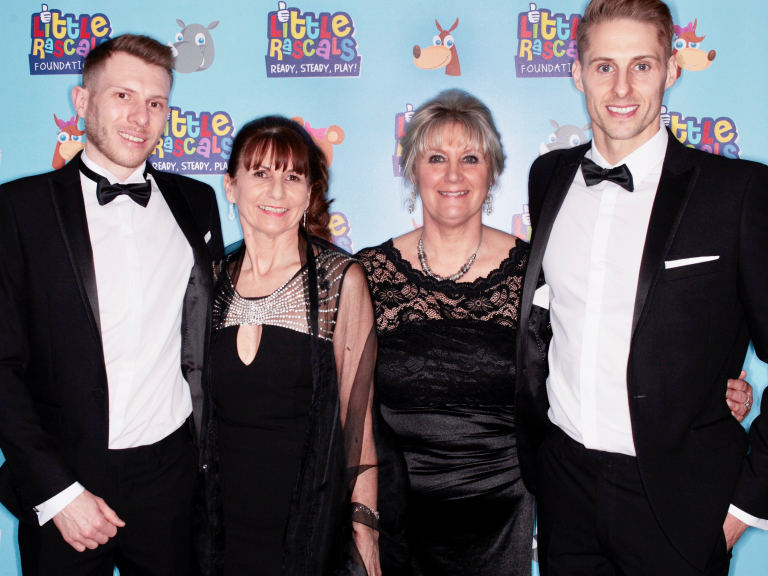 A launch event to kickstart a new Shropshire charity set up by football star Dave Edwards to help children with disabilities has raised more than £12,500.

The charity has been created by the Wolves midfielder and his childhood friend Ben Wootton to provide help and support to Shropshire youngsters with disabilities, and their families.

Ben said: “It was terrific night and, in terms of what we expected to raise, it exceeded expectations. The support we received through ticket sales and generous bids for auction items was amazing.

“We had the idea to hold a launch night when we started the Foundation, to let people know more about it and explain what we’re doing. The money raised from the ball is a great starting point as it allows us to get some things up and running right away. The evening was to really raise awareness, which is going to be key going forward. The more people that know about us, the better.”

The origins of the charity

The idea for the Foundation was triggered after Dave, who started his career at Shrewsbury Town, and Ben opened the popular Little Rascals indoor soft play centre in Monkmoor, Shrewsbury 17 months ago. Establishing a charity alongside it was always an ambition.

There are now exciting plans in the pipeline for the Little Rascals Foundation to have a specialist centre in Shrewsbury to be used exclusively for children with disabilities.

Giving back to the community

Dave said: “Ben’s background and expertise is in caring for children with disabilities, so right from the outset we wanted to give as much back to the community as we could. With Ben’s knowledge, he set up specialist sessions for children with disabilities so they have had exclusive use of the indoor soft play centre and it's proved a huge success.

“But it’s nowhere near enough and, after speaking to lots of families, launching the Foundation was the obvious way to enable us to go out and help more people.”

Ben added: “We’re hopefully going to have an exclusive centre in Shrewsbury within 12 months for children with disabilities. That will be great as it will give us somewhere where we can run all the services we have planned. We’ll also hopefully go out into the children’s homes as well to give the parents some respite.”

Jacqui and Kit a hit!

Dave said the Foundation was grateful to both Jacqui Oatley and Kit Symons for supporting the charity's launch evening.

“Jacqui was great,” he said. "She could have been working at a Premier League game, but thankfully she gave us her time to come along, and was the glue which held it all together. She’s a true professional behind the microphone and made things a lot easier for Ben and myself, and the other trustees, which are our parents, in not having to worry about how the evening was going to run.

“Chris Coleman, the Wales manager, had kindly agreed to come along as guest speaker but was unable to owing to family reasons. Kit Symons stepped in at the last minute which was fantastic of him. For him to do that showed what sort of man he is and everyone enjoyed listening to stories from his career in football.”

For more details of the Little Rascals Foundation, visit http://www.littlerascalsfoundation.com