Fundraisers from Shrewsbury-based caravan and motorhome dealership Salop Leisure will be hoping the Force is with them when they tackle the Dragon Boat Race in the town on Sunday.

A team of 17 staff from the Emstrey company will be dressing up as Star Wars characters Darth Vader and Storm Troopers to compete in the race along the River Severn from Shrewsbury School Boat Club. 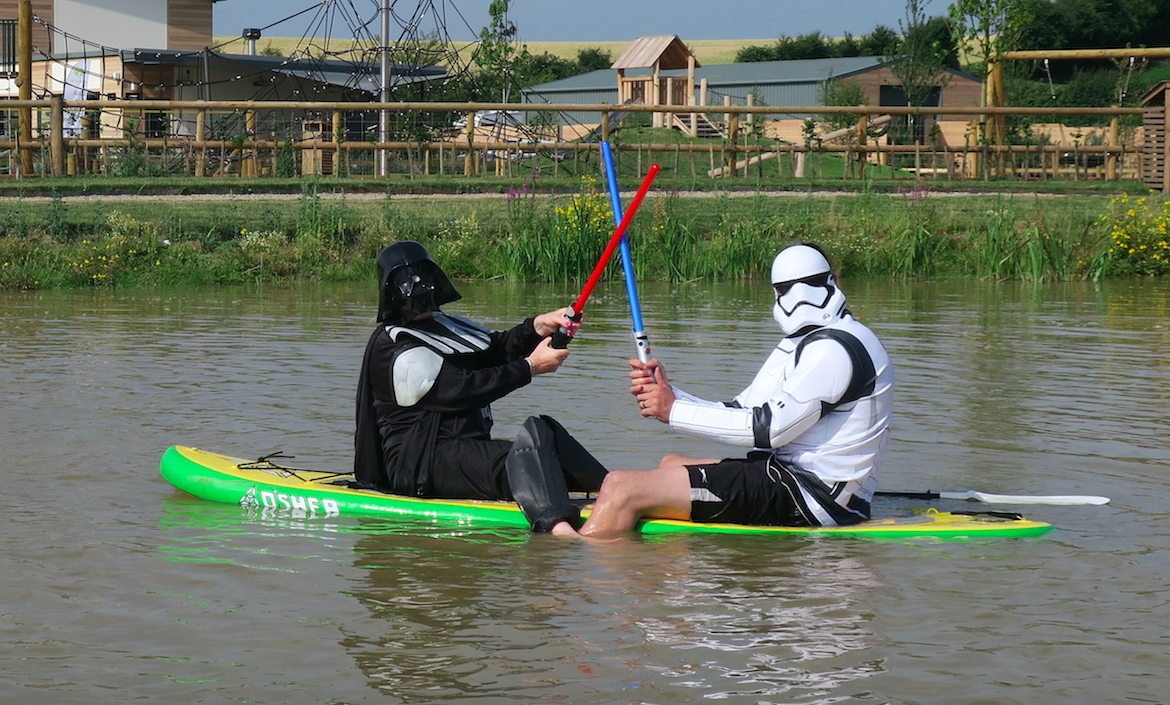 Darth Vader, alias Anne Heap and a Storm Trooper, alias team captain Adam Franklin, get some much-needed practice on the pool at the Love2Stay resort in Shrewsbury today.

They aim to raise £1,000 for Severn Hospice, which provides care and support to people with incurable illnesses. Forty teams will be competing in the race in 40-foot Dragon Boats, with awards given to the first three.

“The race is going to be a big challenge, but I like to do something once a year to raise money for charity, as it’s always a rewarding experience to help others in need,” said Salop Leisure’s team captain Adam Franklin.

Team mate Max Ball added: “I saw first-hand the work the hospice does last year. It is important to support hospice which relies heavily on fundraising efforts by local people and businesses.”