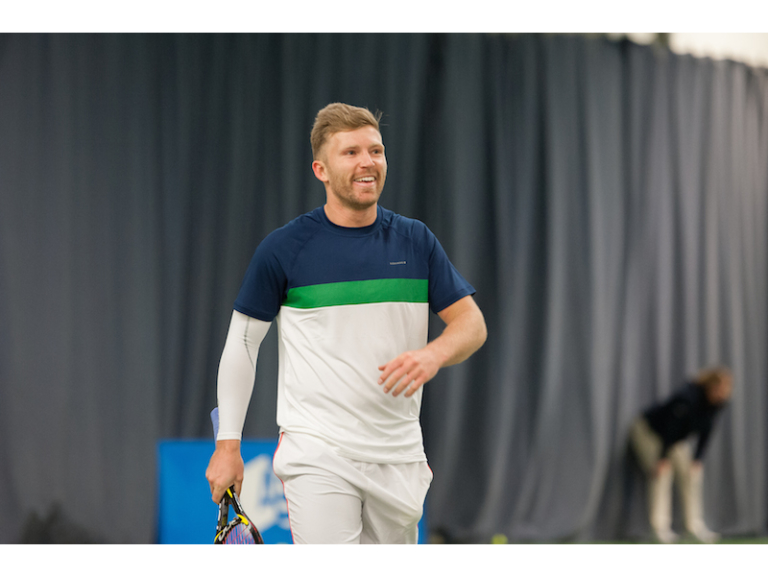 Dan Cox's renowned battling qualities served him well as he booked a quarter-final spot in the $10,000 Aegon GB Pro-Series at The Shrewsbury Club.

Lincoln ace Cox, 25, who has been as high as 206 in the world, is currently ranked 485 as he hits the comeback trail by playing his first tournament for nearly five months following a break from the game.

There's certainly no doubting Cox's ability to dig deeg after he recovered from losing the opening set for the second time in as many days to beat Swedish player Patrik Rosenholm 3-6, 6-3, 6-4 in yesterday's second round.

Cox said: "I've still got unbelievable fight in me and that's the reason why I'm coming through matches because I feel no matter what my level is I'm a fighter."

Cox, who feels his break has done him good, added: "I just took some time to evaluate my options and what I wanted to do. I just tried a few different things and decided that I wanted to come back and compete again, which is what I love doing.

"You only get one chance in life to be a professional tennis player, so I just wanted to try and push myself again."

It proved to be another good day for the Brits at Shrewsbury, with qualifier James Marsalek springing a shock by knocking out Belgian Julien Cagnina, the number five seed, in an exciting match which lasted just under three hours.

Marsalek will face fellow Brit Luke Bambridge in the quarter-finals today after Bambridge overcame Neil Pauffley 6-3, 7-6, just 24 hours after Pauffley made the first round headlines by knocking out No 1 seed Tucker Vorster.

Edward Corrie is another Brit through to the last eight thanks to a straight sets vitory over Swede Milos Sekulic. Next up for Corrie today is another Swedish player, Daniel Windahl, fresh from overcoming Maxim Dubarenco, the No 3 seed, of Belarus.

Today's other last eight clash will be between Brit Liam Broady, the No 2 seed - who hit back from a set down to beat powerful Swede Fred Simonsson 6-7, 6-4, 6-2 in the second round - and German Yannick Maden.

Today's quarter-finals start at 11.30am, with admission to The Shrewsbury Club free.