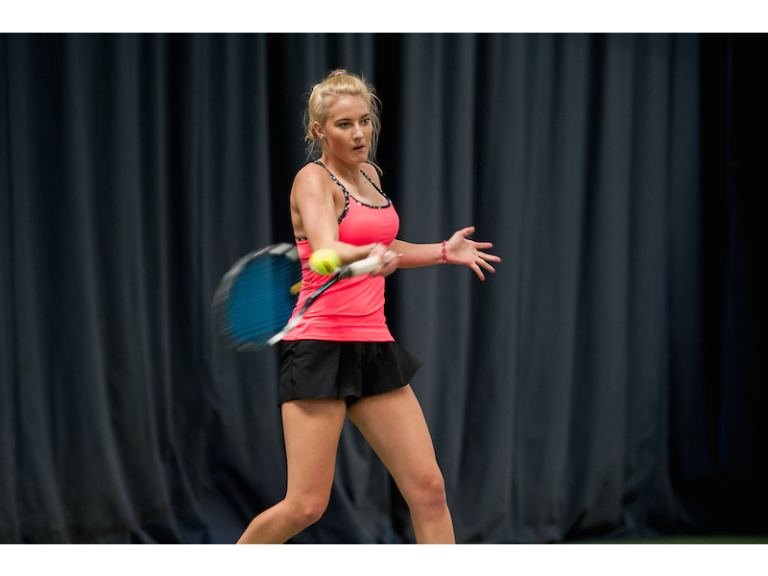 Local tennis aces made the most of their chance to shine at the prestigious Shropshire County Championships.

Youngsters from under-eights level competed in the annual festival of tennis held throughout an enjoyable week at The Shrewsbury Club.

The LTA approved tournament was part of the nationwide County Championships which take place across all counties in Great Britain to provide competitive opportunities for mini, junior and adult players, offering the chance to earn ranking points.

All abilties were catered for with classes to suit all club, park, school and county players.

"It was a fantastic event and there was some really high quality tennis played throughout the week," said Adam Wharf, a coach for Tennis Shropshire.

"That was the case right across the spectrum from the juniors right the way through to the seniors who have developed during the year.

"The biggest success was the prize giving presentation which brought together all of the winners from across the week in the different age groups and their parents.

"As well as the winners being recognised, it was lovely to see different awards being handed out for most improved players and the Spirit of Tennis.

"It was great for Shropshire tennis that it brought everyone together.

"Hopefully next year's tournament will see even more participation at all ages. There's no need for people to be fearful as it's all about having a go and it was lovely to see young players taking part in their first tournament."

The Keith Smith Award for the best achievement during the tournament went to Chris Wood, winner of the 14U boys singles event.

The Claire Mowling Cup for determination and dedication was presented to Will Abbatt, the 12U boys singles winner, while Spirit of Tennis Awards were handed to Fergus Wilson and Sarah Dudley.

Matt Jones, the 16U boys singles winner, and Tamzin Pountney, both 9U and 10U girls singles champion as well as 9U doubles winner along with Elliot Wynne, received the most improved player prizes.

Bob Kerr, vice-chairman of Tennis Shropshire, added: "One of the most encouraging aspects at this year's Championship was the number of junior doubles play entries. In fact, Shropshire may well have had the highest number of doubles entries in the country. It really is great to see young players getting involved in that aspect of the sport.

"Tennis Shropshire would like to thank Nigel Hunter and Merill Holt, tournament organisers, and Simon Haddleton, the referee, for running such a great event."

Keith Smith Award for the best achievement during tournament: Chris Wood; Shropshire Star for attitude both on and off court: boys, Ben Kirk, girls, Maddie, Charis, Erin and Megan.