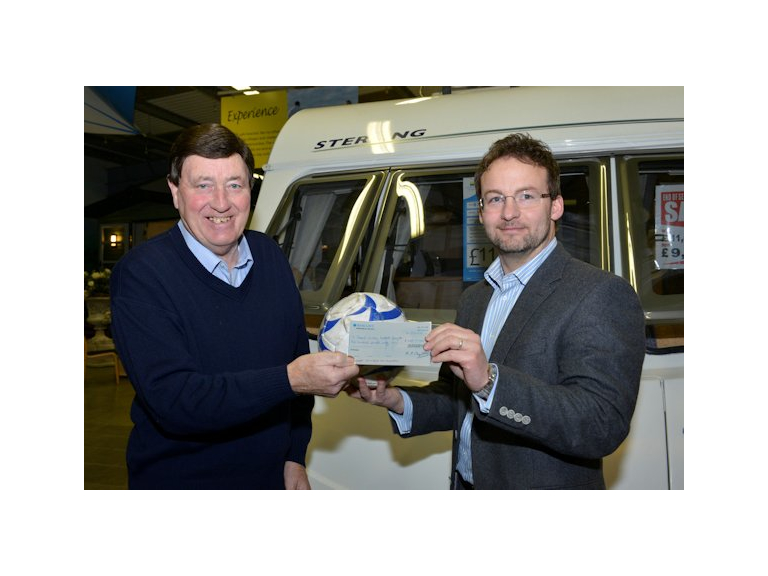 Award winning Shrewsbury caravan dealership Salop Leisure has chalked up 35 years of support for the Telford Sunday League this season.

The Shrewsbury-based company has been sponsoring the league since 1979 and secretary Graham Arrowsmith says the support is greatly appreciated. He and Salop Leisure’s chairman Tony Bywater have been friends since childhood.

“We appreciate very much what Tony and Salop Leisure have done for the league over the years,” said Mr Arrowsmith, the league’s referee appointments secretary for 39 years who has combined the secretary’s role for the last four years.

The league currently has 41 teams in four divisions spanning an area from Market Drayton to Bridgnorth, but in its prime had 92 teams.

“We have always been impressed by the professional way Telford Sunday League is run and have been happy to support it over the years because many of our customers come from this part of Shropshire,” said Mr Bywater.