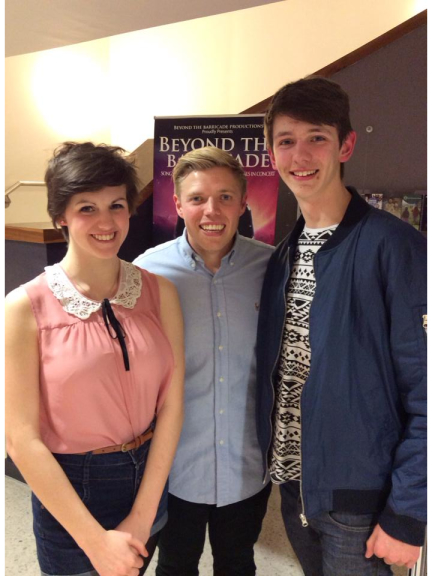 Comic Rob Beckett is a rising star and he brought his live tour to Shrewsbury this month.

Although he's pretty pint-sized in the flesh, he more than made up for his diminuitive stature with his energy and hilarity.

I took my niece and nephew to his show at Theatre Severn and they were moved to tears by Mr Beckett's performance - in a good way!

Multi-award winning comedian and rising star Beckett only started his stand-up solo shows last year. He’s from South East London, was in Fresh Meat (C4), has appeared on 8 out of 10 Cats (C4) and has has trekked into the Jungle on I’m A Celebrity Get Me Out Of Here Now as a host.

The venue was packed and appeared to be sold-out with a mixed audience of teenagers upwards. The whole audience, it seemed, agreed with us and found Mr Beckett's razor-sharp wit hilarious.

As is my preference when seeing a comedian, he talked about the funny in every-day situations, as opposed to getting too dirty, sweary, or political. Just good, clean fun.

He did however touch on things that still affect us all like classes, and made jokes at going to his 'posh girlfriend's' house. He also seemed to be very 'unstarry' and spent time signing autographs, chatting to and having his photo taken with audience members after the show - which clearly delighted my niece and nephew!

Mr Beckett has been described as having the “Confidence of a veteran” by The Times and has has won several small sawards and nominations. But something tells me this is one rising star whose likely to become a household name. Next time he visits the county, be sure to snap up those tickets.

For more information about what's on at Theatre Severn, visit www.theatresevern.co.uk or call the Box Office on 01743 281281.