Adam Wharf, the director of performance tennis at The Shrewsbury Club, insists it was a huge honour to be one of ten coaches selected by the Lawn Tennis Association to study the best young players in the world at the French Open.

Adam and his fellow UK coaches were chosen to watch the top up and coming players competing at Roland Garros in Paris on a fact-finding mission for the LTA.

He stressed it was a really enjoyable experience and he was grateful for the opportunity.

Adam said: “I was delighted to be asked to go to Paris and it was an awareness in standards trip.

“It was a wonderful opportunity and it’s the first time for a while there’s been an international trip like this one organised, so I was really honoured to be selected.

“I had been fortunate to have been to the French Open before but not for about ten years, so it was certainly very nice to go back."

Adam, who spent three years playing tennis professionally before becoming a coach, was impressed with the quality of the junior tennis, with Australian Alexei Popyrin and American Whitney Osuigwe eventually crowned as French Open Junior champions.

He also managed to watch some of the senior tournament during his time in Paris.

He added: “I went out a day early to watch some of the seniors, so I got to see Fernando Verdasco play Kei Nishikori, which was a great experience to go onto Court Suzanne Lenglen. We also got a bit lucky with the weather, which is always nice. It was a great few days away at a fantastic tournament.” 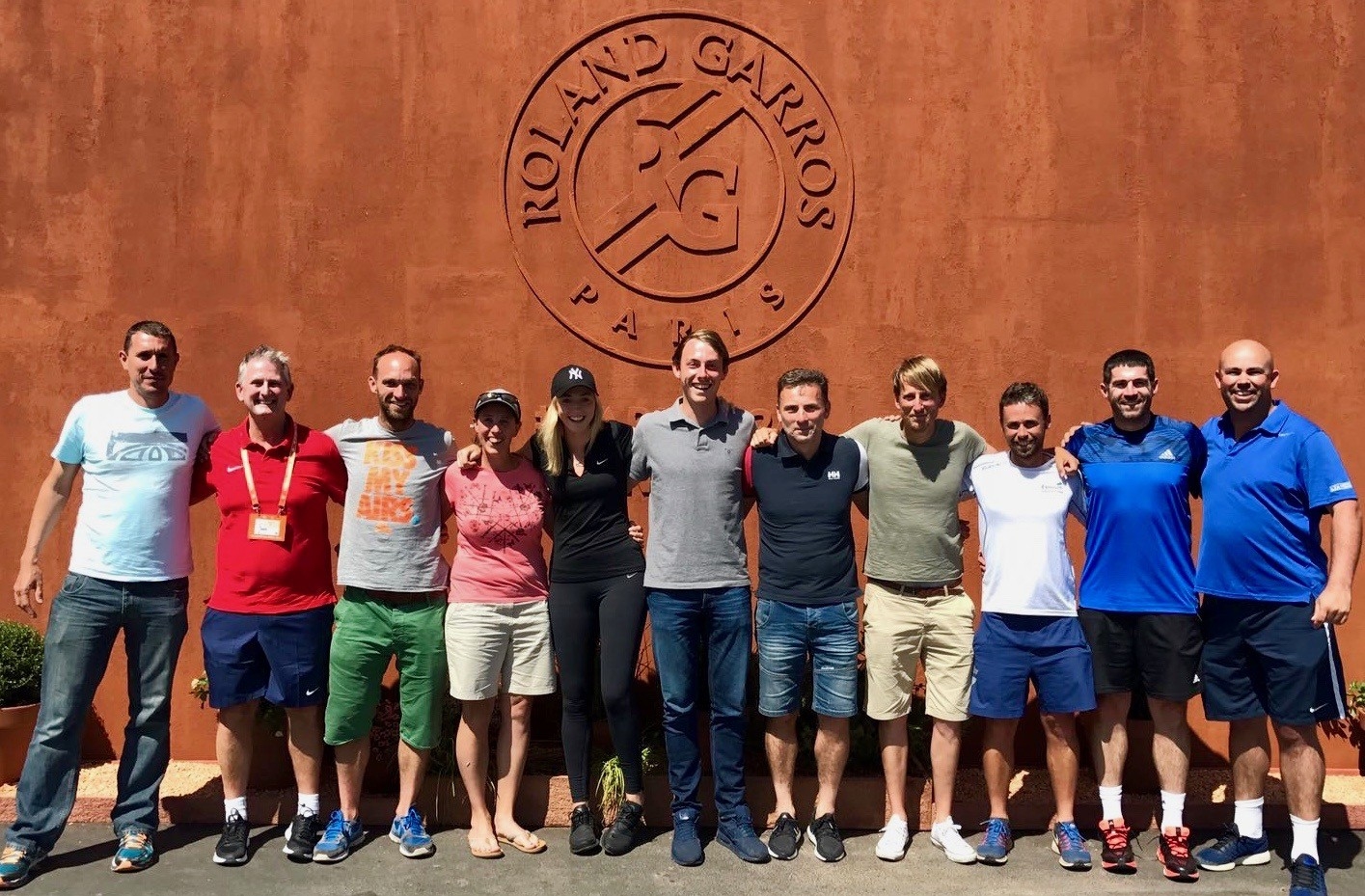 The Shrewsbury Club’s Adam Wharf, third left, at Roland Garros in Paris with the other coaches selected by the LTA to visit to the French Open.

Adam is now busy concentrating on his role at The Shrewsbury Club, stressing he’s pleased with the number of talented youngsters improving their tennis on the club’s performance programme.

He said: "The programme is developing really well and we’ve got more and more kids on the programme at a really good level at the higher end.

“We’re sending kids on scholarships to America which was always one of our key ambitions for the future of children starting out in tennis.
He also believes what he learned in Paris can enhance his work on court with local youngsters: “You always pick up new ideas from going to events like the French Open,” he said. “I’ve come back armed with some great ideas that I can’t wait to share with the performance groups here at The Shrewsbury Club.”
Alvin Ward, the general manager of The Shrewsbury Club, added: “It’s fantastic that Adam was chosen to go on such a high profile visit. It proves just how good a coach he is and the high regard in which he is held by the LTA. We are very proud to have him coaching at The Shrewsbury Club and it means we can be really confident that we are offering really high quality tennis programmes for all our members and juniors.”
The Shrewsbury Club, which has six indoor and eight outside tennis courts, successfully hosts two International Tennis Federation events, the Aegon GB Pro-Series, for men and women each year. The women’s tournament will take place between November 5-11.
More