Christmas has arrived early for up to 72 junior football five-a-side teams who will have a chance to become Shropshire champions in a tournament to be held in Shrewsbury.

Lucozade Powerleague Shrewsbury is organising the Salop Leisure Junior Christmas Cup 2016 in six age groups from under eight to under 13 on Sunday, December 18 on the five-a-side pitches at Shrewsbury Football Club.

Award winning, Shrewsbury-based caravan and motorhome dealership Salop Leisure has agreed to sponsor the tournament, which is limited to a dozen teams in each age group.

The under eight, nine and 10 tournaments will be held from 9.30am followed by the three older age groups from 1pm. 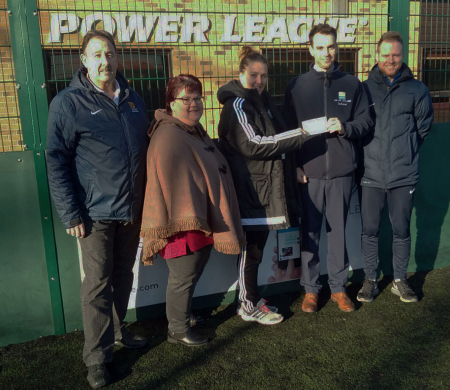 It will be the fourth time the popular pre-Christmas tournament, which is open to Shropshire Junior League teams, has been held and organiser Alison Appleby is looking forward to an exciting day of football.

“There are more than 50 Lucozade Powerleague across the country and Shrewsbury is the only one that runs a Christmas Cup tournament,” she said. “There is strong community support here and the players really enjoy participating.”

Tony Bywater, Salop Leisure’s chairman, said the company was delighted to sponsor the tournament and congratulated the enterprising Shrewsbury Powerleague for organising it.

“Our company believes in supporting sports clubs and community events that involve young people and develops their skills because they represent the future,” he said. “It will be fantastic to bring together potentially more than 300 junior footballers from across Shropshire to play in the tournament.”