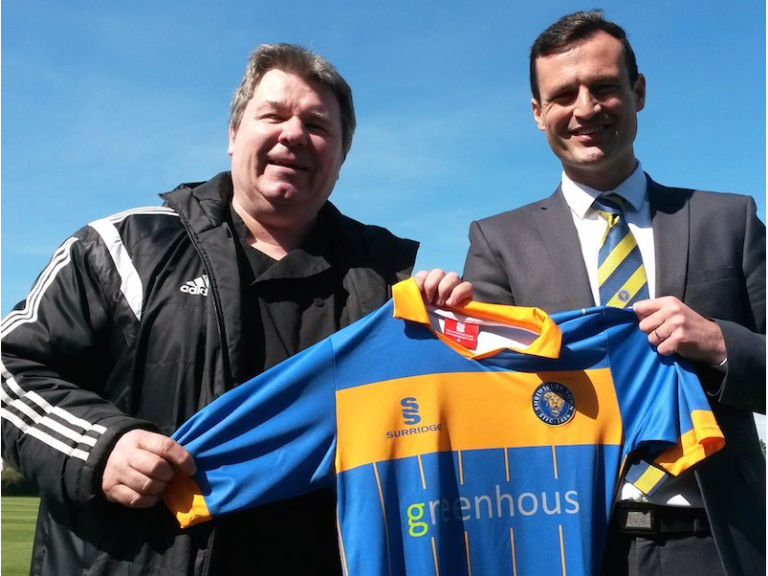 A lucky Shrewsbury Town supporter has the unique chance to play alongside some of the club's star names from the past in a special fundraising match next month.

A Town Legends squad will play a friendly in aid of The Harry Johnson Trust on the main pitch at the Shrewsbury Sports Village in Sundorne on Sunday, May 17 (2pm kick off). Admission to the game is by donation, with all funds going to the Trust.

Internationals Dave Edwards, John McGinlay and Paul Evans are just some of the big names who will be taking part in the match.

Now a place has been set aside for a Town supporter, who must be aged at least 16, to live out their dreams by pulling on their boots and a blue and amber shirt to take their place in the Legends squad.

A coveted squad place is being auctioned with bids now being accepted for the chance to play a part in what promises to be a very special day with all proceeds going to The Harry Johnson Trust.

Bids can be made by visiting eBay UK and searching for item number 191557905889 or for '1 Player place on the Shrewsbury Town Legends Team'. The closing date for offers is 10am a week on Saturday, April 25.

The Trust was set up by Sally and Stephen Johnson to treasure the memory of their son Harry who passed away in July last year aged just seven-years-old, after a brave battle against a rare childhood cancer.

The Johnson family are looking forward to the match which will see the team of Shrewsbury Town Legends take on Harry's Heroes, a side to be captained by Harry's father.

The family said they were grateful to Shrewsbury Town for kindly donating a strip for the Legends to wear for the game.

"We are very excited about the game and the support we have received from local companies and the former Shrewsbury Town players, some of whom will be travelling long distances to play, has been fantastic," said Sally, Harry's mum.

"We thought it would be a nice idea to give a Shrewsbury Town supporter the chance to play alongside some of the club's Legends and we hope there will be plenty of interest as this sort of chance does not come around too often.

"The special squad member will get to feature in the game, mix with his team mates and also get to keep their kit as a souvenir of a memorable day."

Each member of the Harry's Heroes squad, which numbers 26 and counting, has pledged to raise at least £100 for the Harry Johnson Trust, with many comfortably exceeding that amount as support continues to pour in.

"As well as the match being a fundraiser, it's the fun behind raising the money as well in memory of Harry," added Sally.

"Part of the reason we wanted to do the Trust was to keep Harry's memory alive and this game will help get across that message and Harry's name out to even more people.

"Hopefully there will be a good crowd to enjoy the game. It's a great chance for Shrewsbury Town supporters to watch some of the club's popular former players in action and we are really looking forward to the day."

The Harry Johnson Trust aims to offer help and support to other children who receive care from the Oncology team at The Princess Royal Hospital in Telford on their own journey with childhood cancer.

For more details of the Harry Johnson Trust, visit  http://www.theharryjohnsontrust.co.uk/