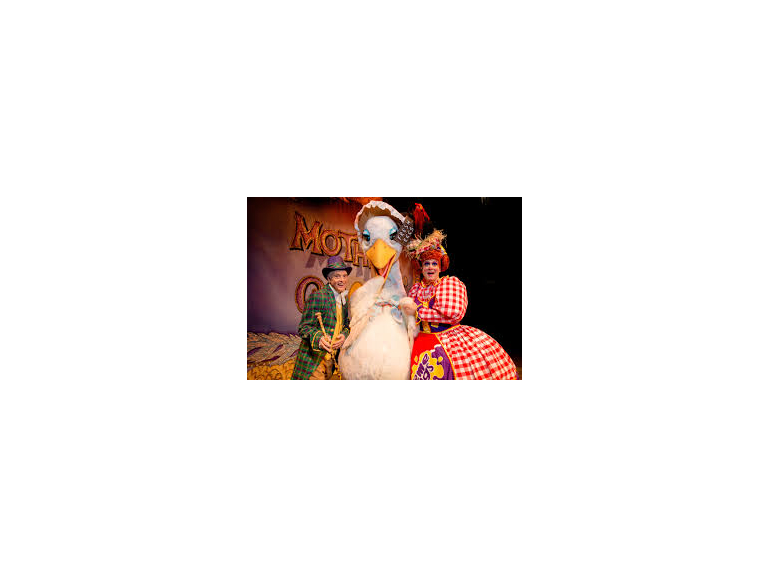 The team behind this year's pantomime, Mother Goose at Theatre Severn in Shrewsbury, have surpassed themselves!

The production company Evolution, have headed up the panto in Shrewsbury for nearly 10 years now, and it's truly brilliant every year - but it's absolutely true (in our opinion) that 2018's Mother Goose is the best yet.

Directed by and starring Brad Fitt (who will enjoy his 500th panto performance during this festive run), he is back in the role of the dame. This year's offing goes that little bit further than ever before, bringing this panto firmly into the 21st century with some truly egg-celent special affects.

Visually, the panto is a showstopper with a sparkly, colour changing set and really professional scenes and backdrops. The costumes get better every year too, with no expense spared! There's silk, glitz and glamour, and I can't even begin to tell you how flamboyant and inventive Mother Goose's costumes are! There's a particular scene at the spa in which the costumier has gone beyond! I won't spoil it but it's hilarious!

There are all the usual gags we've come to know and love, like the Shrewsbury v Telford jokes (all in good spirit of course, especially because Paul Hendy, director of Evolution, hails from Telford originally,) as well as some popular culture jokes - look out for the Strictly scene, it's absolutely hilarious because of our very own Eric Smith of Radio Shropshire fame. Eric has been guesting in the panto for years, but his bit parts have grown and now he is a stellar member of the cast and always one of the main characters.

A special mention must also go to Fairy Goodfeather played by Lisa Davina Phillip, who took the stage for the performance I caught, despite having some upsetting personal issues, producers informed us after. It's a true mark of her ability and professionalism that she came out and performed to such a high standard. And with plenty of gusto!

But before I leave you, I must spend a sentence or two on Mother Goose herself. Firstly, the script lets us see a different, softer side to the pantomime dame we have come to know and love and remind us about loving ourselves and others for who we are on the inside, but secondly, there just simply can't be a better a dame in panto land. Brad Fitt is a tour de force and he is simply priceless, never missing a beat and delivering every comic face and every line with aplomb. Just brilliant.

There's so much audience participation and some things you won't expect, everyone should make the Shrewsbury panto part of their festive or new year plans. It's on until January 6th, but with tickets already nearly sold out and smashing all previous box office records, you might need to get your tickets for 2019's Aladdin - which are on sale now! Visit www.theatresevern.co.uk or call 01743 281281.

Free parking in Shrewsbury in run-up to Christmas

Extra disabled parking spaces in Shrewsbury welcomed
Sign up for offers
Sign up for what's on guide
Become an author
Popular Categories
By clicking 'ACCEPT', you agree to the storing of cookies on your device to enhance site navigation, analyse site usage, and assist in our marketing efforts.
For more information on how we use cookies, please see our Cookie Policy.