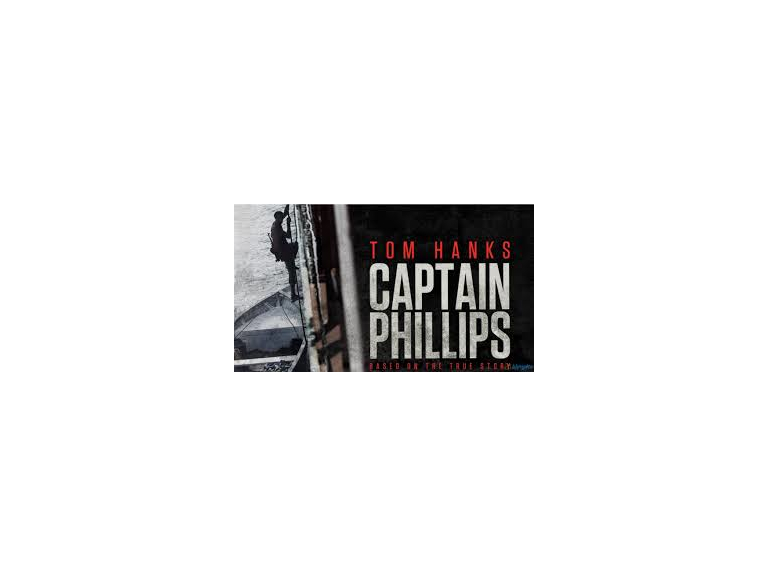 I am a big Tom Hanks fan, I can't say personally that he ever delivers less than a flawless performance, so he doesn't disappoint in Captain Phillips at Shrewsbury Cineworld Cinema.

A few things about this dramatisation of a real-life pirate hijacking from 2009 tell you that you're watching a film from Paul Greengrass.

The trademark handheld camerawork puts us right there in the huddle of the action. Then there is the wider perspective.

Both me and my husband left the cinema feeling, rather gladly, that this is not an Americanised telling of a story, all gung ho and we are bigger and better than the rest of the word etc. For all its action and nail-biting tension, this is on some level a film about globalisation, about what happens when the paths of the very poor and the very rich intersect.

Tom Hanks gives, yet again, the performance of a lifetime as the eponymous Phillips, the former Boston cabbie turned hard-working sea captain who earns an increasingly hard-won dollar piloting vast ships through treacherous waters without clear backup or onboard protection.

As two tiny skiffs skeeter across the ocean toward the Maersk Alabama, we see Phillips sending out a distress signal ("They're not here to fish!"), only to be told to observe standard protocol (sadly by UK Maritime) and hang tight.

Hanks plays an ordinary man who is faced with having to protect an understandably terrified crew, 'who didn't sign up for this' with as much vigour and passion as a father.

He inevitably puts himself in the firing line several times to protect them and though all the performances, most notably those of the Somali pirates are all I would say flawless, you could just watch Hanks all day as he seamlessly carries off this film.

From the early scenes of buttoned-down, pressed-shirt reserve to the later gruelling episodes of Castaway-style physical degradation, he rarely misses a beat.

Whether you are a Hanks fan or not, catch Captain Phillips at Shrewsbury Cineworld now. And be glad he is returning very shortly to our screens as Walt Disney in Saving Mr Banks.

3.Countries: Rest of the world, USA